Oprah's secret to a successful career

When Oprah was in Toronto for her Lifeclass: The Tour, she sat down with Gloria Martin and shared this inspirational advice 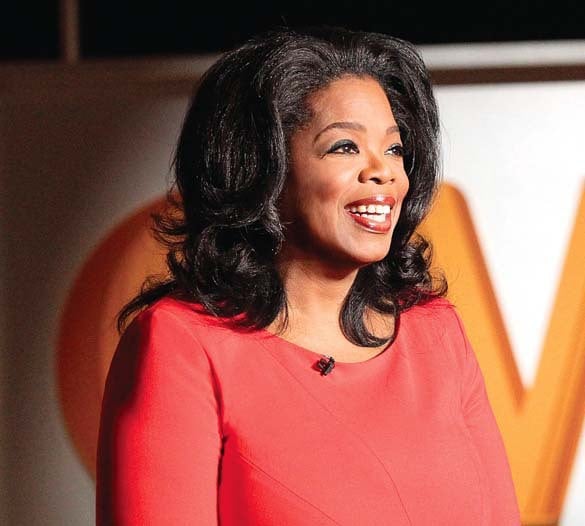 As an entertainment editor for radio news, I’ve done countless interviews, but I’ve rarely prepared as diligently as I did for the big O. This is her art form, after all, and I knew it would be intense.

The first thing that hit me when we arrived was the euphoria in the air. Groups of women were dancing and shimmying—it was like a wall of happiness. People were lined up outside for blocks and blocks to get into Lifeclass: The Tour. They were whooping, hugging and crying, all dressed in Oprah-approved brights. The moment Oprah stepped on the red carpet, a wave of energy surged through the crowd. It was like there were sparks in the air.

Right after she spoke, Oprah came backstage to talk to us journalists. When I asked her the best career advice she’d been given, she took this massive pause, and I thought, “I’ve stumped Oprah!” Then I felt her grip my wrist, and she moved very close to me, and I saw a realization hit her.

“I was never given any advice. I had to figure it out for myself,” she said, looking me right in the eyes. “But my best advice is to let your passion lead your purpose. There is a seed of desire inside of every person, and if you get still enough, you can feel it. You can’t feel it if you allow your mother, friends, school or everybody else to tell you who it is you’re supposed to be. But there is a seed of heart’s desire that burns in every person, and your real job on earth is to figure out what that thing feels like and then spend the rest of your life following it. That thing has led me all the way here, to this stage, to this day and 8,500 people lined up. That’s the real reason I’m here: I’ve allowed myself to listen to that thing. And everybody has it. So my best advice is to follow that.”

My lips quivered as she spoke. I felt like she was looking right through me and seeing deep into my soul. It’s extraordinary; it’s like she’s wrapping her arms around you. I thought I was going to break down and cry on the spot.

Afterwards I tried to figure out what it is that makes her stand out and inspire such idolization. Until now, I’d never been an Oprah devotee. I think it’s not just her message of connection. It’s the fact that she’s not fake; she’s utterly genuine. If she put on an act all day long it would be exhausting. When she finished her interviews she kicked off her heels, saying, “These things are killing me!” That’s her human touch. She’s very down-to-earth and is truly able to connect with each and every person.