Your grandparents took a common sense approach to managing their money. Our money columnist offers nine time-worn tips for living within your means 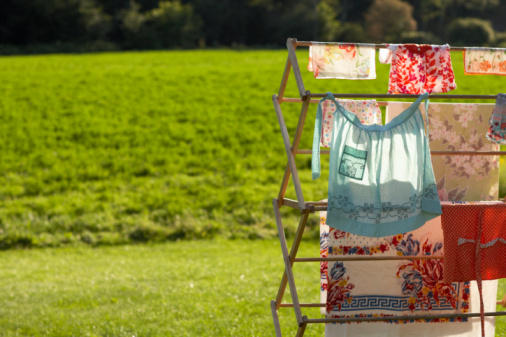 My grandma was raised during the Depression and lived through World War II. She didn’t have credit cards, ATMs or big-box stores with which to indulge her spending whims. Instead, she used sayings like “waste not, want not” and “a penny saved is a penny earned” — words you just don’t hear enough of these days. Long before we needed a financial literacy strategy in Canada, your grandparents probably already knew how to earn, spend and save their money on their own. It was hard-earned knowledge that came from years of living through really tough economic times, not years of cheap credit.

There’s a lot we can learn from the way our grandmothers managed their money and ran their households. If you’re looking to change your money habits and curb your spending, take a few tips from your grandma’s generation.

Make do with what you have: This is probably the number-one lesson our grandmas can teach us, especially these days when we treat everything as though it’s disposable. Their generation used things until they couldn’t be fixed anymore. “Make do” is a great rule to keep in mind when the urge to spend strikes — sure, a flat screen TV would be nice to have, but if your old TV works fine, why spend the money?

Get a sewing basket: My grandma had a sewing basket next to her chair in the den. Any item of clothing with a hole or needing a button sewn back on went into it. Evenings were spent watching TV and doing the sewing, which included the lost art of sock darning. Keeping a needle and thread handy means you’re ready to tackle holes and missing buttons easily so you can keep on wearing your clothes, rather than ditching them for something new.

Keep your freezer bags and foil: Our grandmothers’ generation did not readily throw things out. They reused tin foil and freezer bags, washing and storing them to use later. Doing this saves a lot of money on wraps and containers and it’s easier on the environment.

Use vinegar to clean: White vinegar was just about the only thing my Grandma used to clean the house (that and a good scrub brush). Vinegar is a cheap, natural disinfectant and cleaner. Just dilute it in water and make those windows shine! I also find the scent a lot less overpowering that other products loaded with chlorine and ammonia.

Put on a sweater: There’s no better money saver than a simple sweater. If your Grandma was like mine, she wore a sweater at home to keep warm and made sure the heat was kept low to save on heating costs.

Shoot your own dinner: My Grandpa was an avid hunter, mainly of pheasants mainly found on the farm. She could turn a pheasant into a delicious dinner in no time. I am not suggesting you go out and shoot your own food — I’m only saying that your Grandma probably never ate ravioli out of a can or snack crackers out of a bag. Her food was made from recognizable sources like vegetables, cheese and, of course, meat. For the most part, fresh ingredients are cheaper to buy than processed foods or takeout.

Ditch the paper towel: Once upon a time, clothes were worn until they couldn’t be repaired any more — at that point, they were torn up and reincarnated as rags to clean the house. There was no such thing as paper towel, or paper dinner napkins for that matter. Try reusable cloth products where possible.

Make your own preserves: Our grandparents’ generation spent the summer pickling and canning fruits and vegetables to eat all winter. Making your own preserves is not only a wonderful family activity, it’s also a great way to save money on canned and jarred goods at the grocery store.

Hang it on the line: Before the advent of clothes dryers, people used to dry their laundry on the line. In these days of rising hydro bills, this is a great tip to take from your grandmother’s penny-pinching book.

Caroline Cakebread is a Toronto-based financial writer and editor. She’s also a recovering academic and the mother of two kids. Check out her personal finance blog for Chatelaine Your Money.