What’s the single most annoying thing people do at work?

A recent study found eating loudly ranked above being messy, habitually late or whiny to win the title of most annoying colleagues. 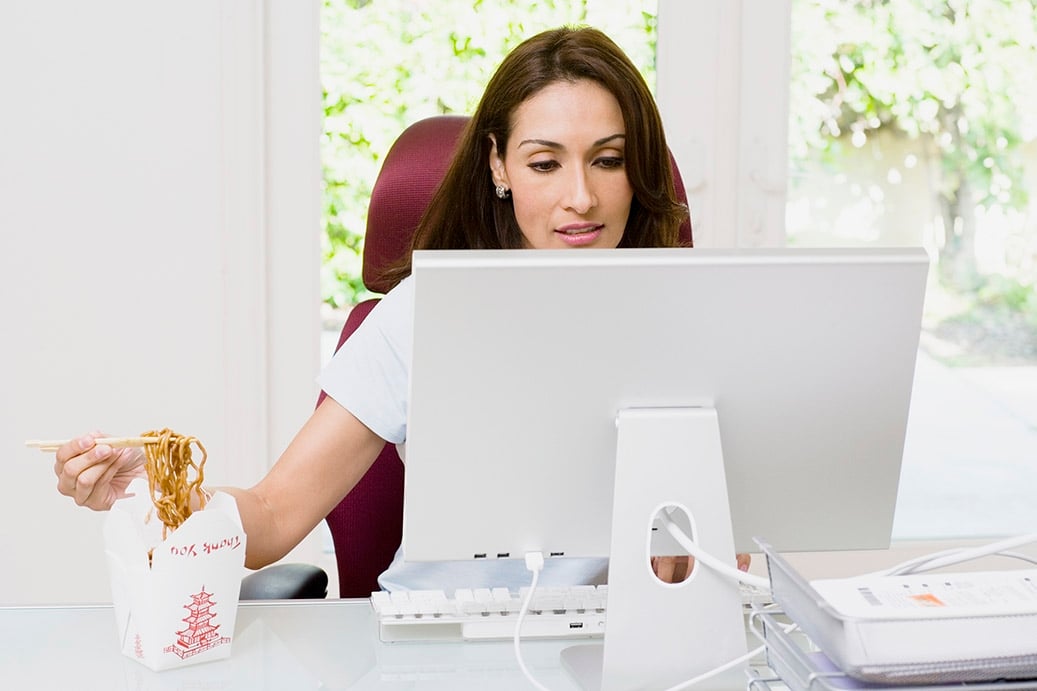 What’s the most annoying thing you can do to your fellow co-workers on a daily basis?

Eat at your desk loudly. Or, at least, that’s what a recent U.K. survey discussed in The Daily Mail suggests.

More and more, people are so time-strapped at work that they don’t have time to take their legally mandated lunch break, but rather choose to gobble down last night’s leftovers at their desk. According to the article, nearly 74 percent of people admit that they don’t have time to go out for lunch or head to the company kitchen to eat, but instead have to scarf down a sandwich at their desk.

But it’s precisely this seeming devotion to the demands of one’s job that may in fact be driving your colleagues bananas.

How much aggravation do these seemingly harmless people cause as they crunch their carrot sticks and suck the skin off their chicken wings? Quite a bit. Loud eaters ranked above the messy, habitually late and whiny to win the title of most annoying colleagues.

And it’s not just the sound of another person eating that drives people to distraction, it’s also the smell. More than one quarter of those polled said they couldn’t stand the smell of food permeating the office while they were working.

One of the reasons people find workplace eating so offensive may be because it’s one of those things people must endure in a polite albeit rage-infused silence. Over 80 percent of those surveyed said that while they loathed noisy eaters they avoid confronting their fellow coworkers on the subject.

So, until there’s a workplace protocol for how to cope with stinky, crunchy food, those who can’t stand the sound of their fellow cubicle dwellers eating their lunch may want to invest in a pair of headphones. Failing that, they may want to start a retro trend: take a real break and head out for lunch.

Do people who eat lunch at their desk annoy you?