According to a new book by Laura Vanderkam, called What the Most Successful People Do Before Breakfast, the first hours of the day are crucial to one's success in career and in life. She explains that the most successful people know how to leverage those early hours to accomplish more. 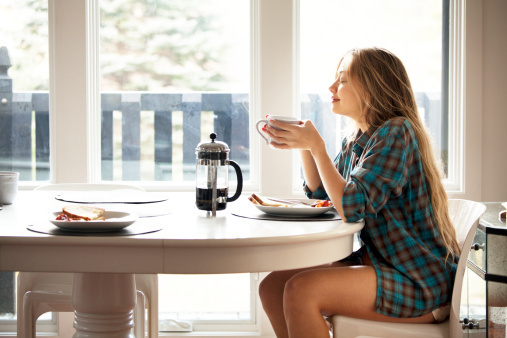 Ever since my kids were born, mornings have become a chaotic and unpredictable time of day. From the moment I wake up, it’s go time — morning cuddles with the kids, trips to the toilet, preparing their breakfast then getting them to nursery school.

According to a new book by Laura Vanderkam, called What the Most Successful People Do Before Breakfast, the first hours of the day are crucial to one’s success in career and in life. She explains that the most successful people know how to leverage those early hours to accomplish more. Studies have shown that early risers are more likely to be optimistic, have better performance, greater career success and higher wages.

These findings have inspired me to try and wake up earlier to do more. So whether it’s rising earlier to go for a morning run or to squeeze in the time to self-reflect, the key here is to make the most of the morning routine.

Here are the morning routines of 10 successful people that I hope will inspire you:

1. Anna Wintour, editor-in-chief, Vogue
The infamous fashion editor wakes up every day pre-dawn to get her adrenaline pumping. At 6:45 a.m., she’s already played an hour of tennis, then it’s off to have her hair styled into her signature bob. She’s in the office by 9 a.m.

2. David Karp, founder, Tumblr
At 25 years old, Karp is the founder and CEO of Tumblr, a growing microblogging platform that has reached over 26.9 million users. As demanding as his schedule is, Karp makes sure he doesn’t check his email until he gets in the office around 9:30 a.m. As quoted in Inc. Magazine, “Reading e-mails at home never feels good or productive. If something urgently needs my attention, someone will call or text me.”

3. Tony Robbins, self-help writer and motivational speaker
As a self-help guru, Robbins helps motivate people to become better leaders and achieve greater success. He says that the thing that changed his life was when he decided he wasn’t living up to his standard, so he changed his habits and way of thinking. His advice is to do an “Hour of Power” every morning, which includes motivational sayings and visualization.

4. Matt Ouimet, president and CEO, Cedar Fair Entertainment Company
Ouimet was president of Disneyland Resort then Starwood Hotels & Resorts before becoming CEO of the North American amusement park company. Like many CEOs, he wakes up early to get a head start at work. He’s at the office by 6 a.m., when it’s quiet, to answer emails.

5. Craig Newmark, founder, Craigslist
The internet entrepreneur founded the classified advertisement website that has grown to service over 50 countries since 1995. According to a Fast Company article, Newmark starts his day focusing on customer service and answering complaints, which he says anchors him to reality.

6. Obie Mackenzie, managing director, BlackRock
The award-winning business executive spends 84 minutes every morning chatting with his wife on their morning commute. He says, “It keeps us connected all day.”

7. Steve Reinemund, former Chairman and CEO, Pepsi
According to What the Most Successful People Do Before Breakfast, the now business school dean does a four mile run at 5 a.m. every morning, followed by prayer, reading the news and breakfast with his teenage kids.

8. Michelle Gass, president, Starbucks
For over 15 years, the coffee queen has woken up each morning at 4:30 a.m. to go running. She believes her morning routine has helped boost her happiness and business success.

9. Steve Jobs, late Apple CEO
Jobs spent his mornings re-evaluating his work and desires. In his speech to a graduating class at Stanford, Jobs said, “For the past 33 years I have looked in the mirror every morning and asked myself: ‘If today were the last day of my life, would I want to do what I am about to do today?’ And whenever the answer has been ‘No’ for too many days in a row, I know I need to change something.”