Sting, who is worth an estimated $300 million, doesn't plan on leaving money to his six kids. Instead, he teaches them that the path to riches should be through their own efforts. 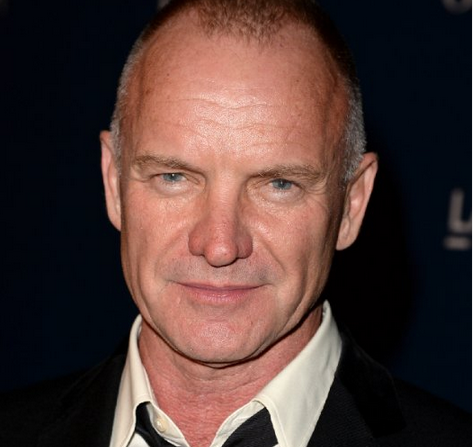 To be so wealthy that the idea of sharing your fortune with your kids after you die seems something like a burden has to be a pretty enviable position to be in, especially given the fact that a significant number of Canadians are not only helping their less fortunate offspring make ends meet, but many are also letting them bunk in rent-free.

Sting recently came out in favour of not passing on private wealth to one’s children (via The Telegraph). The singer, who is worth an estimated $300 million, told a UK magazine that his six kids are well aware of the fact that when he passes on there won’t be any money left to distribute.

“I told them there won’t be much money left because we are spending it,” he told The Mail on Sunday’s Event magazine.

“We have a lot of commitments. What comes in we spend, and there isn’t much left.”

He’s not just being stingy (or Sting-y?). In fact, he views it as a service to his kids. He calls a trust fund an “albatross”. The former Police frontman’s comments suggest that his children have been raised with the idea that if they want to be rich then they’ll have to become so through their own efforts.

“All my kids know that and they rarely ask me for anything, which I appreciate. Obviously, if they were in trouble I would help them, but I’ve never really had to do that. They have this work ethic that makes them want to succeed on their own merit.”

Sting isn’t the only wealthy boldface to come out in favour of this idea. Star Wars’ creator George Lucas has also expressed a similar hardline approach to wealth distribution, as have Nigella Lawson, Bill Gates and Paul McCartney.

Very few people have to consider whether or not their vast fortune should be given to their children in the event of their death — I’m going to guess that most people actually dream of being able to do that. But that doesn’t mean that those of us with a net worth under $300 million don’t think about how to best serve those we love by instilling in them a strong work ethic or sense of financial responsibility.

So, rather than imagine what it must be like to spend $300 million, it may be wiser to think about ways to better prepare children to make informed choices about spending and the financial realities of what you want vs. what you can afford.