Do you rarely have extra money at the end of the month? From keeping up with the Joneses to letting big business walk all over you, these financial sins could be eating up your paycheques. 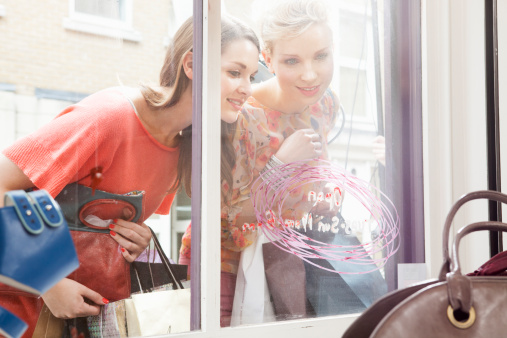 Canadians say they’re too broke to contribute to their RRSP. That was a big headline last week as news outlets covered a Scotiabank survey, which found that 64 percent say that affordability is a barrier to investing more. If you’re one of them, let me tell you one thing: it doesn’t have to be this way. The truth is that people make a lot of excuses about their financial circumstance — the real culprit is your financial perspective. So this year, get real about the patterns and behaviours that sap your bank account and keep you broke. Here are seven real reasons you don’t have any money:

1. You don’t pay yourself first

Your paycheque goes right into your bank account and you start spending it. By the end of the month, there’s nothing left over to save. One simple step can change that: open a savings account and set up automatic transfers on the day your paycheque goes in. Whether it’s $50 a month or $500, it doesn’t matter – the more you save the less broke you will feel.

2. You let big business walk all over you

From the phone company to your bank, you let them drain your bank account by charging fees for services you don’t use or could get cheaper somewhere else. Stop being a doormat! Try to get a better deal from your service providers. Drop the things you don’t use or ask for a package that can lower your monthly bills. Or just walk away and find a better deal elsewhere.

How many times have you justified buying a $4 latte or another pair of jeans? You think you deserve a little bit of indulgence, but you don’t — you deserve better, such as a savings account, some stability, and retirement savings that can ensure you’re not eating cat food out of a can when you’re no longer able to work. Find new and cheaper ways to reward yourself: add a sprinkling of cinnamon to your homemade coffee or host a clothing swap party, afterall one woman’s trash is another one’s treasure.

You go to the grocery store without a list and end up buying twice as much as you need (or a fifth jar of pasta sauce for the pantry). Your closet is a mess so you forget about the clothes you have and end up buying more. Your bills end up getting lost in a pile of mess so you don’t pay them on time, which means more late fees. Disorganization costs you money and makes you broke. Make it a habit to make grocery lists, keep your bills in a safe place, and for goodness sake clean up your room so you can find that stylish sweater you forgot you had!

5. You’re stuck in the past

Your parents bought their first house when they were 25 years old and they didn’t have to save much money because they had pension plans. If you think you can live like your parents, forget it! For one thing they didn’t have to take on expensive mortgages to own their home. Second, pension plans are rare. Most people have to save on their own through RRSPs or TFSAs or other investments. You need to be more financially savvy than your parents: don’t saddle yourself with mortgage debt you can’t handle and above all make sure you are saving for retirement early on. Get your own dreams and leave your parents’ baggage behind.

6. You’re keeping up with the Joneses

Your friends go out for $150 dinners and you tag along. Your BFF bought a $200 purse, so you bought one too. Sound familiar? Just because your friends are doing it doesn’t mean you have to follow – especially when you’re digging yourself into a deeper financial hole. Choose other ways to hang with your friends like dinners at home or going for a hike. Don’t fall into the Joneses trap.

It’s hard to know how much to save if you don’t plan ahead. Make a plan for yourself and set goals – whether you’re buying a home, planning for retirement or starting a business, you need to make a plan you can stick to. This will make it easier for you to save every month, so you’re on top of your finances and you’ll never have to utter the words, “I’m broke” ever again.