How Evanka Osmak became the It Girl in sports news

Evanka Osmak abandoned a hard-earned engineering career to talk sports. Now she’s levelling the playing field in this male-dominated arena, one hockey highlight at a time. 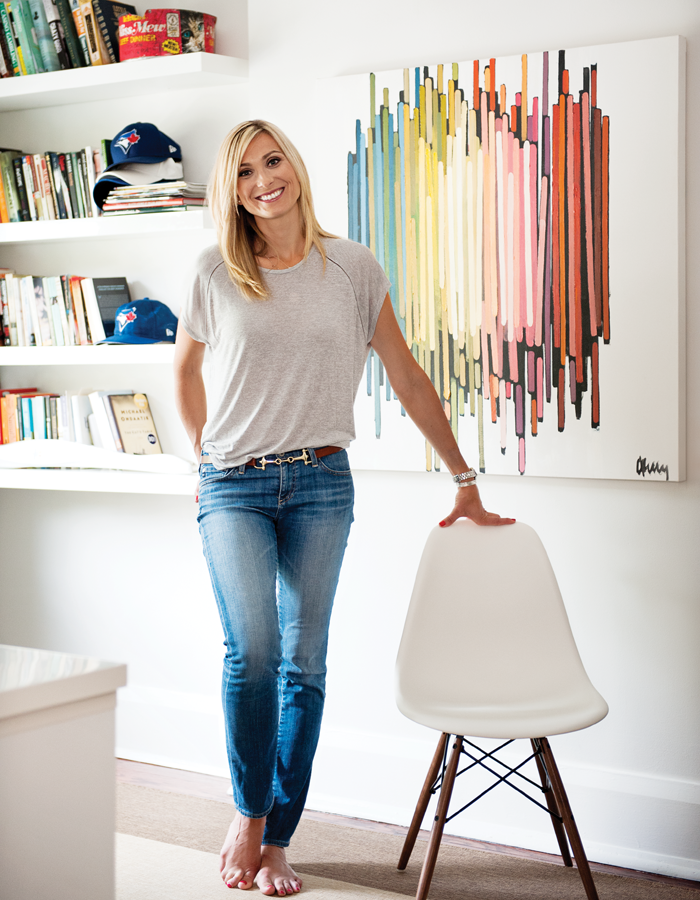 Breaking into the boys’ club is Evanka Osmak’s specialty. In grade 6, she was one of the first girls admitted to Appleby College, a private high school in Oakville, Ont. This meant trying out for an all-boys soccer team. “I’m not very good at soccer, but I went out anyway, just to prove a point,” she says. Evanka later studied engineering at Queen’s University in Kingston, Ont., a program that was 70 percent male at the time. “And now this,” she says, referring to her current gig as the evening co-anchor of Sportsnet Connected, a daily sports-news program.

Sport was always a family passion in the Osmak household. Evanka, the youngest, went to games with her dad and played tennis and soccer with her brother and sister. On family road trips, there was inevitably a stadium visit on the itinerary.

Still, Evanka never considered sports as a career option until she experienced a quarter-life crisis. “I’d been working as an engineering consultant, and one day I stood there in my hard hat and steel-toed boots and thought, ‘This isn’t what I want to do with my life.’ ” That night, she signed up for a three-month summer broadcasting program at Seneca College in Toronto. In a week, she was hooked. “It was like, ‘Oh yeah — this is what I was meant to do.’ ”

Evanka spent two years learning the ropes on a morning news show in Arizona — it was the first broadcast job she was offered after a stint at a radio station in Orillia, Ont. “I was up at 2 a.m. covering everything from the weather to illegal border crossings,” she says. Then, in 2006, she was sent to Toronto to interview Blue Jays catcher Bengie Molina. “I was at the Rogers Centre with a bunch of other broadcasting people and decided to introduce myself to Sportsnet anchor Jamie Campbell,” she says. Six months later, when the channel was looking for a fresh female anchor, Campbell remembered the gutsy girl from the Southwest. Evanka returned to Toronto for a screen test and was hired a few days later. 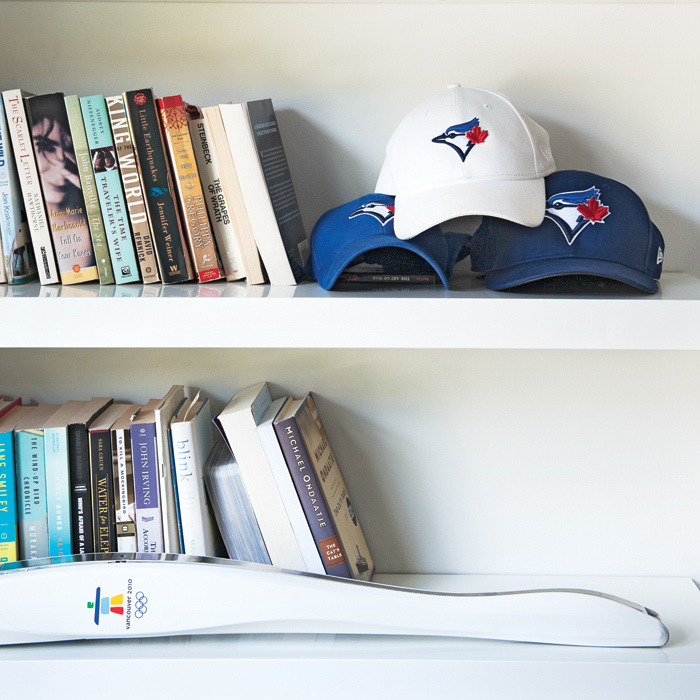 Evanka’s favourite books, just a few of her many Blue Jays hats, and the official Vancouver 2010 Olympic torch that she ran with. Photo, Sian Richards.

Evanka found earning the audience’s trust her biggest challenge in those early days. “They see a new face, especially a female, and think, ‘What does she know?’ ” She worked hard to get everything right, especially name pronunciations. (“Gustavo Chacín — I think that name will haunt me for the rest of my life.”) Evanka spends her days brushing up on all the sports she can before heading to the studio to get her makeup done at 6 p.m. “When I wake up, I switch on the TV, listen to the radio, catch up on Twitter, read newspaper sports sections and watch as many games as possible.”

Her favourite sports to cover are tennis and hockey — a hot topic regardless of the season. “This is Canada — we talk hockey 365,” she says. Occasionally she gets to throw a little celebrity gossip in. “When Rory McIlroy broke up with Caroline Wozniacki, I was like, ‘We have to cover this.’ ”

Working nights doesn’t allow for much of a social life, and most weekends she spends hanging with her husband, Adam Hutton, the vice-president of the Ontario Telemedicine Network. This summer, the couple visited Chicago for Evanka’s “ultimate sports weekend.” With her raspy voice transitioning into broadcast mode, she recaps the trip highlights. “Friday was the Cubs game — I’d never been to Wrigley Field, so that was a check on the bucket list. Saturday was a Notre Dame vs. Michigan game — another huge check mark. And on Sunday, a Bears game at Soldier Field capped off the festivities. If only hockey was playing…” 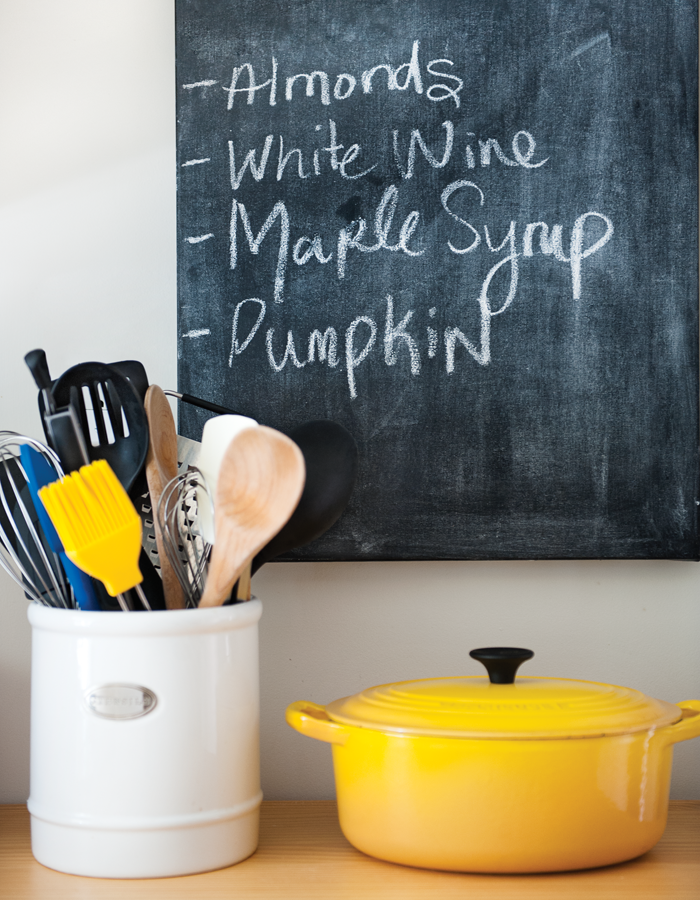 Evanka and Adam have opposite work schedules so they leave messages for each other on the chalkboard. Photo, Sian Richards.

My proudest moment was… leaving a safe engineering gig to follow my dreams in the world of broadcasting.

I wish I were better at… dancing. I would love to look less awkward while busting a move. Less Elaine, more Beyoncé.

I wake up in the middle of the night thinking about… you name it. The show from the night before, deadlines, chores, dinner . . . and how much sleep I’m losing!

The book I’ve been meaning to read is… Hockey Card Stories by my co-anchor, Ken Reid.

My dream vacation is… somewhere warm with my husband.

My best beauty secret is… taking off all my makeup before I go to bed, no matter how exhausted I am. And wearing sunscreen.

My favourite moment of the day is… morning, because I have the whole day ahead of me.

One person I really admire is… my mom and dad both deserve the number 1 spot. 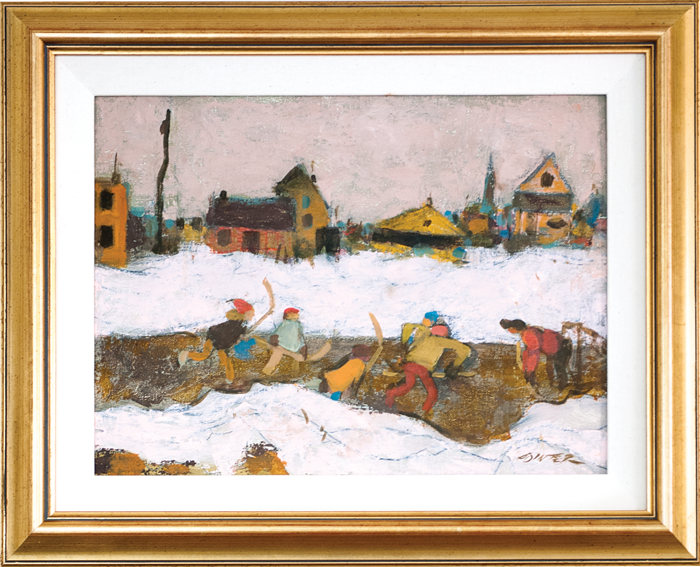 A favourite painting Adam received as a Christmas present when he was 13. Photo, Sian Richards.

Dermalogica sunscreen: “I wear SPF 50 every day, but I wasn’t always so good.”

Jays hat: “I think I have a dozen! With a hat, it doesn’t matter if you’re having a bad hair day.”

Tag Heuer watch: “I just really like to know what time it is.”

Hot water bottle: “I’m one of those people who are always cold. I even take it to work with me.”

My brick: “It was a gift from my husband — it’s from the original Yankee Stadium and he had his last name inscribed on it.”