According to a recent survey, kids gave their parents a B-grade score on teaching practical money skills. 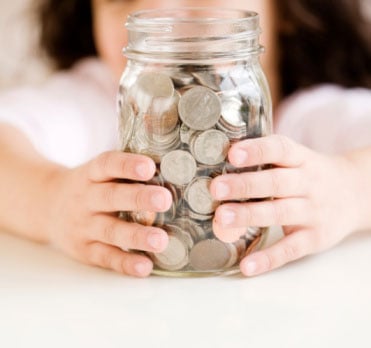 How often do you talk to your kids about money? In a country where we’re hauling around huge debt (we owe $1.65 for every dollar we earn) it’s probably a good idea to get the conversation started early. After all, it’s what kids want according to a recent survey by ING Direct. Here are just a few things the kids aged 11-14 surveyed wish their parents would teach them:

And while kids say their parents are talking to them about money, they gave them a “B” grade – not a giant fail, but hardly a ringing endorsement.

It shouldn’t come as a surprise to parents either. According to the same survey, most parents gave themselves a mid-level grade when it came to passing on money skills to their children.

So in this age of high debt and consumerism, shouldn’t we pay more attention to teaching kids better money skills?

I think we could do a much better job of talking openly to our kids about money, from giving them the straight goods on how banks and credit card companies work (hello, fees!) to helping them learn to understand the difference between wants and needs when it comes to spending.

A few other highlights from the survey:

• According to kids surveyed, their parents talk with them about the importance of saving and having good spending habits once a week (44%), once a month (30%) or every few months (18%).

• Nearly half of parents (45%) say they create and maintain a budget while 11 percent say they live paycheque to paycheque.

• Less than half of Canadian parents (47%) say they maintain an emergency fund.