Megan Leslie is one of the youngest MPs to be named deputy leader of a political party. She reveals how she went from shy introvert to sharp-tongued politico. 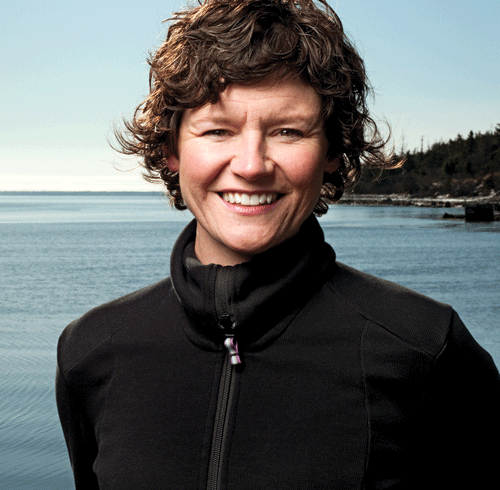 Q: How did you get into politics?

A: I’ve always been passionate about justice issues, whether social, economic or environmental. The reason I got into politics is the same reason I went to law school — it was just a way to work on these issues.

Q: Is the job of deputy leader what you thought it would be?

A: Yes and no. One thing I never realized is how utterly powerless elected officials are without communities demanding change behind them, whether it’s stay-at-home moms or oil companies. I also didn’t know how emotional this would be — like anything you pour yourself into, there are incredible highs and lows. Sometimes I feel like throwing my hands in the air and giving up, but that’s not an option.

Q: Is it challenging for women to find their voice in a male-dominated parliament?

A: There’s definitely an attitude of “Just suck it up.” It’s not always a humane place to work, and I think we should be striving to treat each other better, regardless of gender. That said, I’ve seen things changing. When I was first elected, five years ago, women would stand up and the heckling started before they even opened their mouths. Now my caucus is 38 percent women, so there’s more of us getting time on the mike.

Q: Can you describe a typical day of work?

A: It’s a little odd, because I live this split existence between Parliament and community life. So I might give a speech on the environment at a university, then meet with someone who’s having problems with immigration. My office in Halifax doubles as an art gallery, so I help plan exhibits for that. Then when I’m in Ottawa, I’ll be involved in studying environmental issues, or asking questions in question period.

Q: You had a standing ovation in question period for your quick wit. You responded to a comment by MP Keith Ashfield about women baking and making great wives with, “I think it’s time the minister stick to his knitting rather than offering unsolicited marriage advice.” Does it come naturally?

A: No, I absolutely had to learn it. At first, all I saw in that room was people pounding their fists and yelling, so I thought I’d try to do the same. Then, one of our secretaries said, “You’re not an angry person, but you’re sassy, so try asking the question with more sass.” And I was like, “Oh, I’m allowed to do that?” So it’s a matter of finding a style that works for you and finding your voice.

Q: Have you found that elusive work-life balance?

A: This is a job that involves serving people and it’s not nine-to-five. I don’t stop being the MP, even if I’m grocery shopping. I love that people want to talk to me and consider me approachable, so I welcome those interactions — but sometimes I just need to pick up milk.

A: After high school I went to Ghana for an exchange and experienced major culture shock. My mother wrote to me saying, “Just remember, even if you fall flat on your face, you’re still falling forward.” I was shy and cautious — it really helped me shed my fears and shape my adult life.