How to use your body language to exude confidence

Four tips to improving your poise and presence to make every conversation go your way. 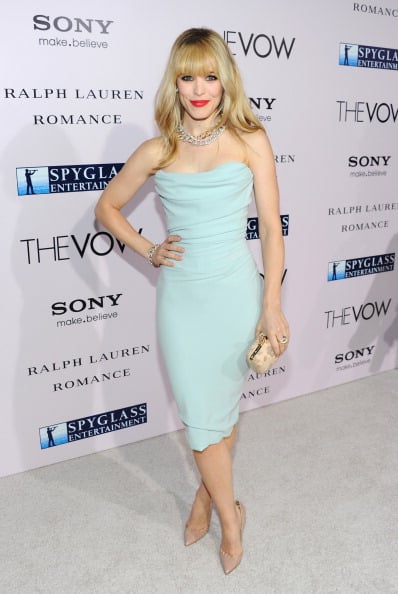 I recently coached a woman who came for help because her boss said she lacked presence. “You are bright,” he told her. “But you don’t look it.” She knew her subject inside and out, but she spoke in a rushed voice and had fleeting eye contact that made her appear distracted and insecure. She was in line for a more senior position but was not promotable until she developed presence.

The hurdle: You body can be such a powerful force for engagement, but it can also be distracting and can undermine the message you’re trying to deliver. Women often speak too softly, raise their eyebrows with every word, cock their heads as if asking for approval or smile too much. We also tend to move around a lot, waving our hands, squirming in our chairs or fiddling with our hair or jewellery — all of which makes us look scattered and unsure of ourselves.

1. Shoulders back, chest out
Stature is not a matter of height — it’s all about attitude. Think about being grounded and tall, then put it into practice with how you position your body. People pay attention when you’re sitting up straight with a confident, commanding posture.

When you’re seated, don’t minimize yourself by scrunching up with your legs crossed. Instead, make sure your bottom is in the middle of the seat and against the back of the chair. Keep both feet on the floor, your arms on the armrests and your shoulders back — this makes you look powerful and confident. When you’re standing and talking, your feet should be shoulder-width apart with the weight equally distributed on each foot. Roll your shoulders down your back to perfect your posture and keep your head held high.

2. Fight the urge to fidget
Every time you touch your hair or fiddle with the bangles on your wrist, you distract the person you’re speaking to. (It’s also a good reason to avoid jangly jewellery. Keep it simple and understated.) When you gesture, avoid small, busy movements from your elbows or wrists. The COO of Facebook, Sheryl Sandberg, is a great example of stillness and strong gestures. When speaking, she keeps her arms loosely and lightly away from her body so that when she gestures, she does so with a full arm. Her arm movements never look random or distracting; they enforce her ideas and make her words even more powerful.

3. Project your voice
We are born with strong voices, but we tend to soften them when talking and too often lift our voices at the end of a sentence, as though we’re asking a question. Recapture your vocal power by breathing deeply when you speak and projecting your voice so that you reach the person at the very back of the room. In our career-building courses, we often say to women, “Turn up the dial: Your voice is at level 7, but I want to hear level 25!”

4. Make eye contact
You eyes are one of the most important parts of your presence. When speaking, look people directly in the eye and hold their gaze. You should maintain eye contact long enough to show you’re sincerely interested in the other person. (Fleeting glances are often seen as a sign of insecurity or indifference.) Eye contact varies with the situation, but there is one constant: Make it one-on-one. Even when you’re speaking to a group, look at one person at a time instead of gazing aimlessly around the room. It will as though you’re having a mini conversation with every person present.

Judith Humphrey is a leadership expert and president of The Humphrey Group. For more leadership advice, read Judith’s book Speaking as a Leader.