How to significantly improve your memory: Tips from genius Mike Byster

Psychologists say he has the fastest mathematical mind in the world. Here, the brainiac shares why 'bad memory' is really a problem about focus. 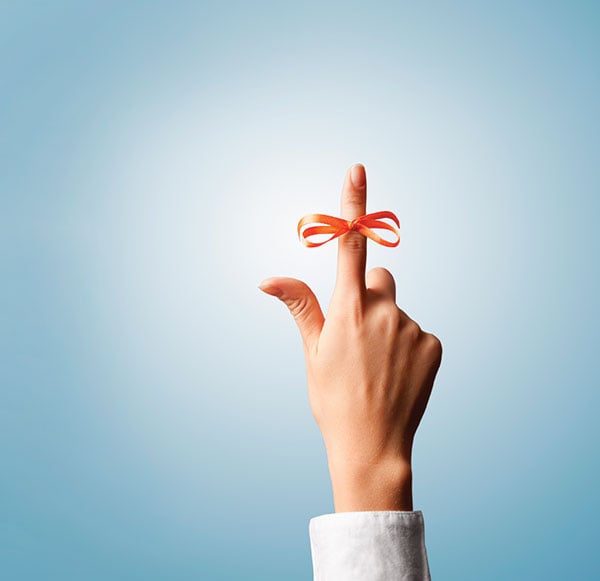 Psychologists say Mike Byster has the fastest mathematical mind in the world. He adds numbers in his head faster than most can type them on a calculator. And he believes everyone else can do the same. Over 12 years ago, he quit his job and began sharing his brain-building techniques at schools. The human calculator and author of a new book, The Power of Forgetting: Six Essential Skills to Clear Out Brain Clutter and Become the Sharpest, Smartest You, chatted with Chatelaine about prioritizing information in a modern world and how to master brain-training skills that will rid you of mental clutter.

Q: Why did you decide to leave your job in stocks to teach?

A: Well, not exactly teach. As a fun thing, I would go after work and speak at specific schools and newspapers started covering me. Then hundreds of schools were writing in and I couldn’t visit all the schools unless I quit my job.  It wasn’t a profession — I did it on a volunteer basis and it became a full-time thing because so many people were writing in.

Q: What do you teach at these schools?

A: I teach students how to focus, concentrate and memorize in a fun and cool way.

Q: How did you first become interested in memory training?

A: When I was a kid we had to learn the state capitals. None of the kids could memorize them, so my mom suggested we write a song — I was the only kid that was able to memorize them because I had a way to do it. So I started developing my own ways to memorize things. I found that if you put things in order and make it fun, you can memorize anything. Ninety-nine percent of people don’t have a strategy — they let the information go into their brain and hope to recall it when the time comes, and a lot of times they’re not successful.

A: It’s really interesting. I have found that women are more methodical. They will sit down and work on a way to memorize things. Men won’t do that. Men remember things that are fun for them. They need a lot more passion.

Q: How is forgetting related to improving memory?

A lot of people misdiagnose themselves and say they have really bad memory. But their problem is focus. They’re not really focused on what’s going on and they’re not really memorizing something. People have so much information coming through their heads these days that it causes tremendous brain clutter. They don’t know how to priortize information. I try to teach people to train their brains to say, ‘This is important and I want to remember’ or ‘this is not important I want to forget it’.

Q: What exercises do you teach to strengthen the mind?

A: There’s a game my son and I play: we’ll have a conversation but neither of us will use the letter ‘e’ in any word that we say. You have to think ahead and if you come to a point where the word has an ‘e’, you have to immediately come up with a synonym to that word. And ‘e’ is a hard letter — it forces your brain to really focus and concentrate. I don’t want people to do that on a normal basis, but it’s a amazing brain-training technique. It really makes the brain become more powerful because you use your imagination.

Q: What do you hope people will get out of reading your book?

A: I want people to reach their full potential. I really do. So many people have incredibly powerful minds and they don’t know it. I want everyone to know it.

This interview has been condensed.

The Power of Forgetting by Mike Byster. 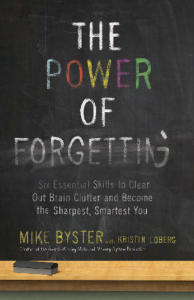