How to raise a money-wise preschooler

It was probably a bad idea in the first place - I took my son (who is nearly three) to Toys R Us yesterday because I had to pick up a new car seat for his baby sister. 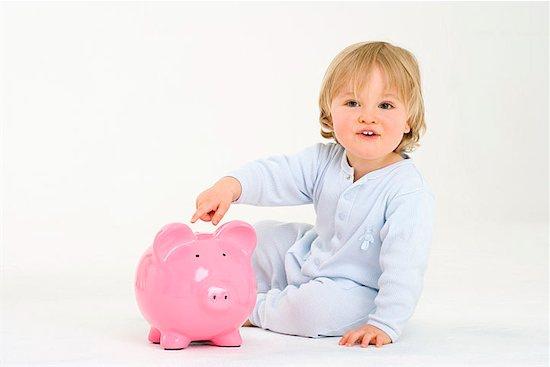 It was probably a bad idea in the first place – I took my son (who is nearly three) to Toys R Us yesterday because I had to pick up a new car seat for his baby sister. The Christmas music was blaring and my son (an active chap at the best of times) was darting around the aisles asking me to buy everything for him.

Thankfully, we got in and out without doing any damage to anything – including my bank account – but the experience reminded me how important it is to start talking to your kids about money as soon as possible – especially with the holidays on the horizon. (It also made me wonder why they don’t have carts you can strap your kids into at Toys R Us but that’s another issue).

At just under three, my son isn’t ready for lessons on the value of a dollar or how much things cost but I have been helping him to understand the role money plays and that you need to take care of it.

I started when he was around 18 months by letting him help pay in stores – handing over the money whenever I was buying something. That way he understands that a transaction has to take place before we leave the store with something. A toy cash register is another way to teach young kids how money works – my son loves playing store or restaurant and taking money in exchange for something (for some reason, everything in his world always costs two dollars).

Another big strategy that I use (and keeps my son from going nuts in stores most of the time) is talking to him about why we are going to the store and what we need to get there – so the visits are really focused on an end goal he understands and can help out with. So, at the toy store, he knew we had to get his sister a car seat and when I settled him down he was (mostly) focused on helping with that. It’s also great at the grocery store – he can help put the things we need in the cart and even reminded me once when we missed something on our list. I also like to think this reinforces the whole notion of budgeting and planning – you don’t always go into a store to indulge your whims, you go with a plan.

We’ve also given him a piggy bank — putting coins in it shows him money has a special place in the house and should be treated carefully. For us, it’s been effective because we always seem to have change on the floor that we are trying to scoop out of the way of my one-year old who puts everything in her mouth. This way, my son can gather it up and put it in a safe place and learn how to save money at the same time.

It’s a lot of little steps but I really think it’s important to involve kids around money in a family and to talk to them about it whenever possible.