How to protect seniors from financial abuse

At 78, my friend Rose (not her real name) has always been an independent woman — long divorced, she raised five kids on her own, has strong opinions about everything and has a quick, and at times downright ribald, wit. 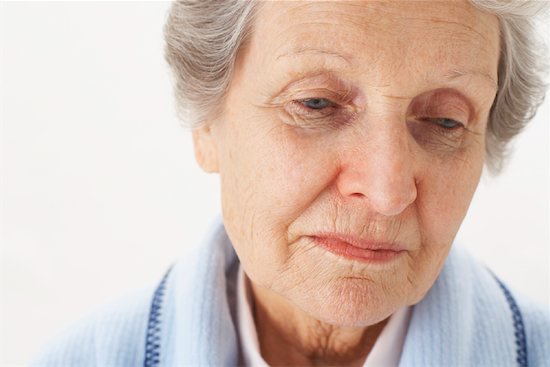 At 78, my friend Rose (not her real name) has always been an independent woman — long divorced, she raised five kids on her own, has strong opinions about everything and has a quick, and at times downright ribald, wit.

That’s why everyone thought it was strange when she decided to sell her condo, move in with one of her sons in a different town, and give him all her money to manage.

Her family is worried, and so am I. Her son has never managed money and has struggled financially. Rose isn’t super rich, but she’s got a decent portfolio and her condo is worth a pretty penny.  She’s also been forgetting things lately. And the sudden change of plans is surprising.

As Canada ages, cases of elder abuse are getting more and more common — financial and economic abuse is part of the picture, and adult children are the most likely to be the abusers.

I don’t know what to do about Rose. I’m not overly close to her kids and the last thing I want to do is tell her I think her son is ripping her off. What if I’m wrong? What if this is a good decision for her?

So I’ve been trying to research elder financial abuse — there’s not a lot out there on the topic in Canada so I called up Judith Wahl, who is executive director at the Advocacy Centre for the Elderly here in Toronto.

I asked Wahl to give me some tips on how people should handle suspected cases of elder financial abuse and how seniors can protect themselves.

Here’s what she told me.

Tip 1: Talk directly to the person you’re worried about

All too often people talk around seniors rather than speaking directly to them says Wahl. “It’s the senior’s life, the senior’s decision what they are going to do. You should not hesitate to talk to them.” Even if you’re not sure they are mentally capable of making good decisions, your first step is to speak with them directly and share your concern.

If you think someone is being financially abused and lacks capacity to act on their own, then you need to talk to other family members and share your concerns.

Financial abuse is a crime. You can go to the police or find out how your province legally protects seniors from abuse. “There is no magic bullet,” Wahl warns, since the laws vary from province to province.

A lot of us are focused on planning for retirement, but how often do you plan for very old age? We live longer than ever, so people have to prepare for a time when they might be less independent. This also means talking to your family and making sure adult kids know that (ahem) their parents money is not theirs. Wahl says that all too often, kids don’t understand this, and that could lead to financial abuse down the line.

Tip 5: Beware of powers of attorney

A power of attorney can protect you when are unable to make decisions — but it’s also where financial abuse often starts. “A power of attorney gives someone the authority to sign your name,” says Wahl. “They can sell your house, get you into debt — it means you need to be really careful who you choose as a guardian.“ Think about appointing two people to keep each other in check rather than just one.

My conversation with Wahl was great — the first thing I will do is talk to Rose. It’s going to be hard, but I hope it’s worth it.

Do you know anyone who was a victim of elder financial abuse? Please share your stories here.