Too many emails? Dawn O'Connor, director of Think Productive Canada, has a clever plan for sorting them out. 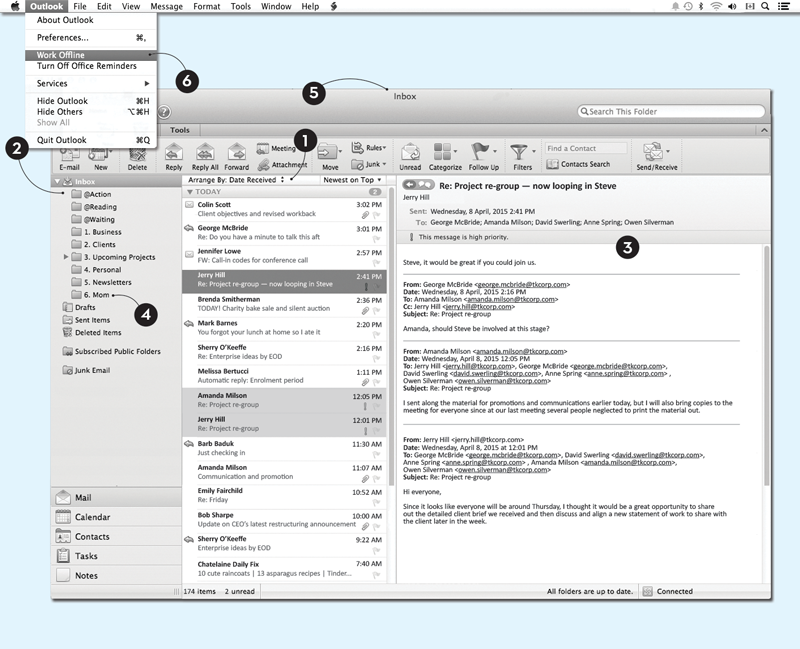 1. Start by sorting email based on sender, then tackle the emails from your boss, co-workers or spouse in a bundle and delete or file.

3. Use the four Ds to stay streamlined:
› Do If the email will take only two minutes to deal with, make sure you do it right away.
› Delete Don’t need it? It’s gone.
› Delegate Pass the email on to whoever can take care of it.
› Defer Need to attend to it later? Pop it into the @Action folder.

4. Manage incoming emails with bucket folders. Create one for projects, one for clients, another for personal stuff — whatever makes the most sense. Then number your folders by the order you want them to appear in.

5. Pop into your inbox once in the morning (for 20 minutes to an hour) and once in the afternoon to assign your email to the correct folder and do all quick replies. Schedule an hour (or two 30-minute breaks) during the day to take on the @Action folder.

6. Work offline for at least an hour a day. That might sound scary — what if it’s important?! — but remember that email replaces the letter, not the phone. If it’s urgent, people can call, text, instant message or just stop by your desk.

More:
5 awesome tools to help you get organized in 2017
10 tips from a professional organizer
Want a raise? Learn to negotiate like a boss