How my household is cutting our heating and hydro bills

I just about fell over when I opened our hydro bill last month - the bill was quite a bit higher than it was last year. The point is, we need to trim our energy use, not just hydro but our heating bills too. And as someone who’s used to flipping the heat up and down whenever it suits me, this is going to be a challenge. 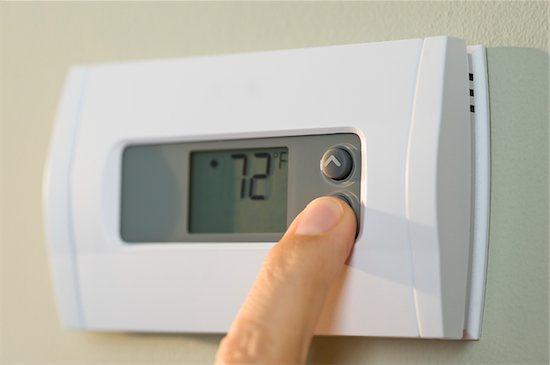 I just about fell over when I opened our hydro bill last month – the bill was quite a bit higher than it was last year. It’s partly us and partly due to the fact that rates in this province (Ontario) are on the rise due to a timed-use policy that aims to cut usage at peak periods (time to wash our socks at 3 am!).

The point is, we need to trim our energy use, not just hydro but our heating bills too. And as someone who’s used to flipping the heat up and down whenever it suits me, this is going to be a challenge.

I’ve actually started turning the lights off when I leave the room rather than leaving the whole house lit up like Times Square. It’s a big first step. And instead of keeping our overhead lights on I use a smaller table lamp (six potlights versus just one bulb).

We also took stock of our appliances over the weekend. We still have a lot of the out-of-date appliances the house came with and we are gradually replacing them as they a) die or b) we have extra money. But we realize our fridge finally has to go – it’s been a long time coming but it’s old and doesn’t have an Energy Star rating – the seal around the freezer is wearing away and we have to keep it on high just to make sure stuff doesn’t melt. It’s a big drain on our energy use – and it’s adding to the bills. Time to check out the appliance sales.

I am wearing two sweaters and thick socks as I write this – that’s right, we are keeping the heat down during the day (I work from home) and I am layered up. I will however draw the line at cold hands that make it hard to type – I do have to get my work done! We’re also keeping the heat quite low at night – we bought my son an extra heavy duvet and we have one for our bed. The only challenge is my baby daughter who at 15 months is not old enough to have blankets or a heavy cover. For her, I have doubled up her sleepers and bought a small electric oil filled heater we have on a low setting in her room to make sure she’s warm enough on the coldest nights.

We will be looking to buy a programmable thermostat too to keep the heat in check. We are now unplugging stuff when we aren’t using it – you’d be surprised how nice and dark the house can get at night without computer lights and TV signals flashing around you – sometimes it gets a bit much. A tip for this – if you plug everything into a power bar with an on-off switch you can just turn that off rather than having to pull plugs out of the wall.

My husband is also re-caulking the doors at the front and back of the house – that’s helping with drafts. I came across this list at Natural Resources Canada which gave me some other ideas like using a slow cooker, switching from a stove top kettle to an electric one, and using the right pot size on a burner to reduce energy consumption. There’s also information on which appliances save the most energy (ie, a front loading washer uses 50% less energy than a top loader – who knew?).