If it’s time for a new bra, go for quality that won’t bust your budget. 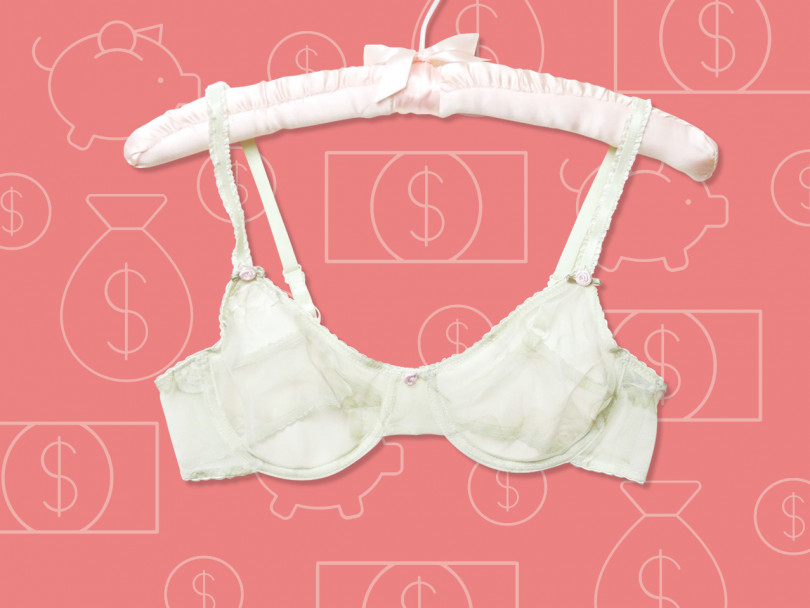 Go on, when was the last time you wore a perfect bra? You know the kind: one that doesn’t ride up, dig in or—gasp—sag.

Any woman who has ever had to deal with any of these undergarment annoyances (read: most women) knows just how important a well-fitting bra can be. So if a great knocker locker can mean the difference between comfort and misery, why do many women try to get away with spending the bare minimum for one?

According to one 2017 U.S. report, 65 percent of American women admitted to spending $30 or less per undergarment. And while here in Canada women’s lingerie is a $1.87 billion industry, our bra spending habits are likely somewhat similar to those south of the border. So what should you actually be shelling out for a good bra that doesn’t have you ripping it off the moment you’re home from work?

“You can spend whatever you like. It depends on your budget,” says Sharon Hayles, longtime owner of Diane’s Lingerie in Vancouver. “But it’s the old adage: you get what you pay for.”

So that $20 boxed bra picked up at a big-box store? It’s not necessarily going to be a good choice, even if you’re trying to save money. After all, an ill-fitting, cheap bra is a waste of cash if it’s balled up and forgotten in the back of your underwear drawer.

So, according to Hayles, purchasing a good bra means paying upwards of—wait for it—$85 to $200+. Of course, Hayles is a bit biased—her lingerie store specializes in higher-end and luxury European brands. But ask her what makes a bra with a heftier price tag special—better construction and materials resulting in a more comfortable, longer-lasting bra—and the math actually starts to make sense.

For instance, say you buy three high-quality bras for $85 each in one year. At that price point, some experts say you should be able to get at least 100–125 wears out of each bra before it starts to break down. That’s $255 for a year of comfort and style. Meanwhile, a poor-quality $20 bra that quickly loses shape after only one month would require purchasing 12 each year, assuming you stop wearing it once it becomes uncomfortable or shapeless. At $240, that’s only a little cheaper, and with more hassle and waste. Of course, a typical middle-of-the road bra from a lingerie chain might cost you $40 or $50 and should last a bit longer and require fewer replacements, but it still won’t have the staying power of a truly high-end undergarment.

Here’s what you’ll want to look out for the next time you hit the lingerie store:

Look for a bra that’s crafted from higher quality fabric—think material that wicks away sweat if it’s a sports bra, for instance. French lace is delicate, but has more staying power than cheaper factory lace too.

A well-made underwire bra uses wire in different lengths and shapes, depending on the band and cup size. Your typical chain store bra? No way. There’s a reason that generic wire starts to feel like it’s digging into your side after a while. It’s usually the wrong fit, maintains Hayles.

Here’s the best way to tell if you’re buying quality: Give the straps and sides a tug. If they stretch way out and feel very elastic, walk away. Stretchy fabric not only breaks down faster, it also doesn’t give you the same lift when you put the bra on.

“All the support in your bra comes from the band and the side support. You really only get 10 percent of support from your straps,” says Hayles. “The fabric has to be tight to support that.”

Quality bras typically last a year to 18 months, depending on how often they’re worn. (Look for the tell-tale signs that it’s time to purge: the bra is uncomfortable, the lace is torn, the cup padding has shifted or is rumpled, or it’s simply too small.) How well they’re taken care of has an impact too. So to save money long-term, give your bras some TLC. Hand-wash and hang to dry if you have time, or simply throw them in a mesh lingerie bag and use the delicate cycle on the washer and dryer.

Always try it on

Bra construction is based on precision. A couple of stitches in a slightly different spot can mean the difference between one that fits perfectly and one that’s a waste of money. So even if it’s a brand, style and size you’ve worn for years, do yourself a favour and try before you buy.