How much money do you really need to retire?

Money expert Caroline Cakebread crunches the numbers to see if the golden years will be in fact, golden. 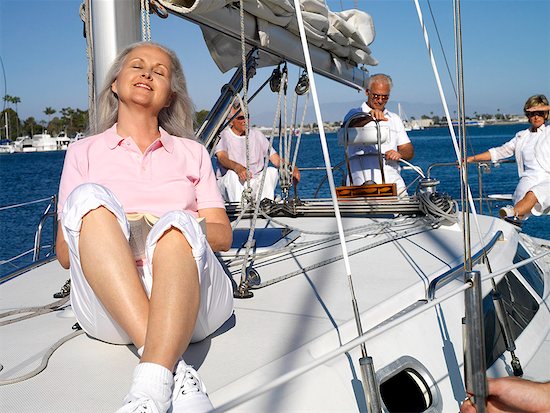 According to research studies, Canadians are out of shape and overtired, and confirms what so many of us fear — we’re not going to have enough money to retire on. In fact, some of us (a startling 5 percent) are relying on the lottery to fund our retirement.

This poll from Scotiabank and Harris/Decima finds that more than a third of Canadians plan to work after they retire out of financial necessity (not because they love their jobs) and another half think they’ll need less than a million dollars for retirement.

The question is how much do you really need to stop working? While a million dollars seems like a lot of dough, it’s not when you try and stretch it over 30 plus years.

But before you start freaking out about spending your golden years living in a box under a bridge stop, breathe and do a little math. A million dollars — or even much less — might be just fine depending on your projected lifestyle and needs. If you live very modestly, have paid off your mortgage and factor in government benefits like OAP and CPP, you might be fine, especially if you have a spouse who’s also receiving benefits. And it’s not like you’re going to be living like you do now when you’re 75 or 80 — people tend to slow down with age, do less and inevitably spend less. Will you really be trotting down the street in Jimmy Choos at 78? (well, come to think of it, I might…).

To find out how much you’ll need to retire, think about the kind of lifestyle you want to have. Do you want to maintain a city house and a cottage for example? Will you travel? Or do you plan to stick close to home? The Government of Canada has a great calculator that actually made me feel better about my retirement savings . It helps you factor in things like inflation, your RRSP savings and OAP and CPP. It also gives you the option to calculate based on a retirement age of 70 instead of 65. My collective benefits from both totaled just over $1300 a month and quite a bit higher if I retire at 70 instead of 65. Combined with my spouse’s government benefits, we certainly won’t starve. And we have our RRSP savings that will boost that figure, especially if we keep on track with our yearly contributions.

I guess the key is acceptance and realism. According to the numbers, my husband and I won’t be that couple in the retirement posters; the one with that well-groomed older couple steering their yacht through the British Virgin Islands. These numbers won’t get us around the world and back. But they’ll fill the fridge and keep the lights on — and maybe that’s just fine.

The thing that worries me is our kids. We both waited until we were older to have kids, so by the time we’ll be ready to retire, they’ll be headed to university. We’d like to help them with their tuition and to get on their feet when they’re looking for their first job (I lived at home after university and it was a great way to get on my feet without having to worry about where dinner was coming from). So we’re putting a lot of thought into the kids’ registered education savings plans. (We might as well put the money aside now, in case one or both of us is unable to work and help the kids when the time comes.)

Of course one of the studies I mentioned above notes that four percent of us are counting on our kids to fund our retirement, in which case, we should probably put as much as possible in those RESPs to fund the medical and law degrees necessary to keep my hubbie and I in style…