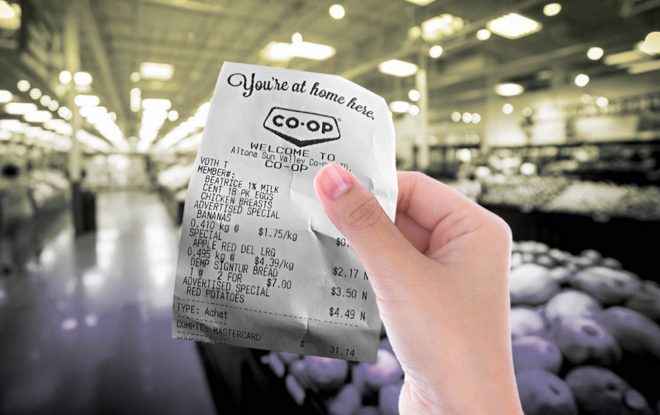 Troy Voth doesn’t have a lot of options for purchasing groceries in his small town of around 5,000 people in Manitoba. There are only two stores in town —  a Sobeys and the Altona Sun Valley Co-op, and both have about the same prices.

So occasionally, he participates in the time-honoured Canadian tradition of crossing the border to shop. Cavalier, North Dakota is only a 25-minute drive away.

He says, surprisingly, that most of the prices are identical once you convert the currency.

“Everyone always talks about how things are so cheap in the States, and they’ve got it made because their cost of living must be low,” he says. “If I’m walking by the deli or butcher, you can find chicken breasts, or T-bone steaks, and they’re just as much money as our local fresh butcher stuff is.” 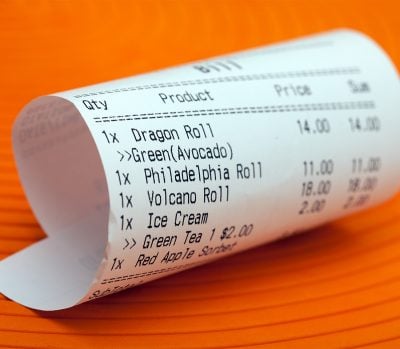 The one thing that is way cheaper, however, is their dairy and egg products. Canada’s protectionist supply-management system for dairy and eggs, which has recently been a point of contention in trade discussions, is the reason these products are so expensive.

That’s why for Voth, “cheese is one of those things that I never buy unless it’s on sale.”

He’s less particular about eggs, however, even though he can get them for an astonishingly low 50 cents to $1.50 USD per dozen in Roughrider State, depending on whether or not he goes to his usual grocer or the discount-chain Target.

On this receipt, he’s paid 28 cents per egg. If he’d hopped across national lines for this purchase, he’d have paid at most 12 cents per egg and saved at least 124 percent. Voth is fully aware of the cost discrepancy for this staple, even with the currency conversion, but the absolute savings are so low that it’s not worth the drive.

Currently, he doesn’t have a spending plan.

“I don’t spend much time budgeting, especially on something like groceries,” he says. “I know that I spend frugally on groceries, so I know I don’t ever go into a store and walk out and spend a hundred dollars more than I wanted. I have a list of things that I know I need.”

We spoke to Steve Bridge, a CFP with Money Coaches Canada to find out what Voth is doing right, and what he can improve on.

Bridge commends Voth for buying three out of seven items on sale. “Others would do well by following his lead!” he says.

It’s true that Voth loves his sales. Besides only buying cheese on sale, he also tries only to purchase pricier produce, like avocados and mangos, when they’re a dollar apiece. “It’s not like I’m going to crumble and die by nightfall if I don’t have one of those two things,” Voth says.

Since there are only two grocers in town, Bridge recommends comparing the flyers of each store and planning his meals based on what’s on sale that week. With so little competition, it may also be some time until a particular item gets reduced again, so it’s a good idea to stock up on non-perishable goods.

Bridge can tell by how consolidated this receipt is and the lack of packaged goods or snacks that Voth must be shopping from a list, which he is. “Coming prepared with a written grocery list before you enter the store helps prevent over-shopping and impulse buys,” Bridge says. “It also saves time, as you don’t have to wander every aisle and can go directly to what you need.”

Voth is shopping just for himself, so he runs a greater risk of having food go bad before he can get to eating it. For example, here he’s bought 18 eggs, which can be hard to get through before they expire. But Bridge notes that he also chose appropriately long-lasting produce like apples and potatoes. Other vegetables that tend to have month-long life spans and are good for single eaters are pumpkins, cabbage, beets, carrots and onions.

Overall, Voth is doing a great job at spending only 10 percent of his take-home pay on groceries. “If he applies this frugality to other parts of his life, he is on his way to financial freedom,” Bridge says.

Voth doesn’t need to use a budget, but Bridge says it’s a good idea to start a “grocery spending account, ” especially since he recently starting working for himself and now has an unpredictable income. He recommends automatically withdrawing $150 on the 1st and 15th of every month into this account, and only spending on food what’s inside. “If he runs out of money before the two weeks are up, he’ll need to rummage through the pantry and wait until the next ‘grocery payday’ to restock his shelves.”

Being deliberate in his grocery shopping may empower Voth to set aside money for his big picture priorities, such as travelling, a down payment and retirement.