Five signs that you're actually cheap, not frugal

Could these habits be affecting your relationships? Read on to see if you might be edging into cheap territory. 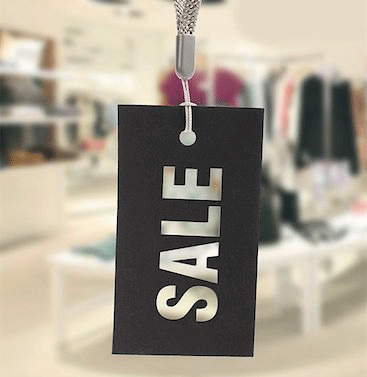 Here at Chatelaine I spend a lot of time writing about how to save money — from making a food budget to finding extra cash from a spring cleaning. Some people call these habits cheap, but me, I think it’s common sense. After all, you work hard for your money. But when does frugal cross the line over to cheap? And how do you know when your spending habits are starting to affect your relationships? If you think you might be edging into cheap territory, watch out for these five warning signs….

You choose a birthday present for a friend because it’s on sale, first and foremost. That’s a cheap move. A good frugal friend would think about what you’d like or need first — and then focus on getting the best price within their budget.

You only buy cheap stuff. If you’re only looking at the price tag when you’re shopping, you could also be forgoing quality. In the long run that could end up costing you more when you have to replace something on a regular basis. It’s also pretty wasteful. Better to splurge on, say, a great pair of shoes that will keep for a long time than throw money away on a cheap find you’ll have to throw out in a few months.

You come to parties empty-handed. Ever gone to a potluck without bringing anything? Or showed up at a dinner party without even toting a bottle of wine? That’s a sign you might be cheap. Frugal folks aren’t ungenerous; A small homemade gift like a jar of jam or a tin of cookies are low-cost, thoughtful ways to thank the hosts.

You haggle over the bill. According to your calculations, your dinner cost $2.50 less than everyone else’s — why should you pay an equal share of the bill? That’s not only cheap, it’s a total buzz kill at the end of a fun night out. A frugal approach would be to host a potluck at home or simply suggest a more affordable place to hang out with your friends.

You’re becoming a hoarder. If your cupboards are packed with old wrapping paper, boxes, tinfoil and elastic bands, you might be a bit too obsessed with reusing stuff. It’s a fine line between reducing waste and, well, being gross. A frugal approach would be to invest in reusable containers and find ways to reduce your reliance on disposable packaging.