From Occupy Wall Street to warnings about record high debt levels in Canada, there were plenty of topics to blog about on Your Money in 2011. And a few key lessons I learned – here are my top five. 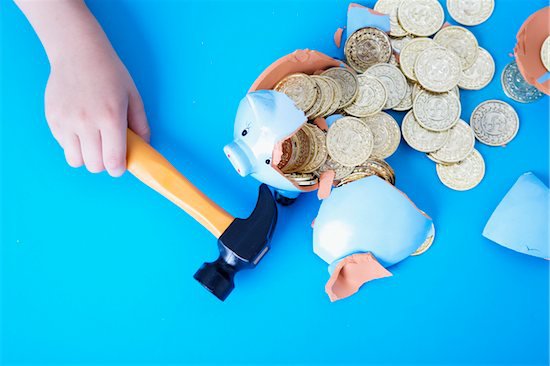 From Occupy Wall Street to warnings about record high debt levels in Canada, there were plenty of topics to blog about on Your Money in 2011 and many lessons to be learned from them. Here are my top five takeaways from 2011.

Lesson 1: Forget about freedom 55 – or even 65
Fewer of us than ever have pension plans to fall back on – and it’s getting harder to save on our own with low interest rates, high debt levels and markets doing loop-de-loops. Which is why more Canadians are realizing that retiring at 65 might not happen – just look at a few of the comments on this post I did back in September. People who thought they’d be retired at 65 are still working – or trying to get work so they can make ends meet. This is going to happen a lot more in the future.

Lesson 2: Our kids will be living at home longer
Education is expensive and job prospects are dim right now – that means Canada’s youth are living at home for longer than ever. I wrote this post about “boomerang kids” moving back home – it’s a trend that is likely to continue.

Lesson 3: Start your own occupy movement
2011 was the year of Occupy Wall Street, a movement that spread through cities around the world. As ordinary citizens demanded that the richest citizens share the wealth with the rest of us, it was a good time to call on our own banks and investment companies to show us some respect too.

To help, I wrote this post on how I broke up with my bank – and had this conversation with Canadian Couch Potato Dan Bortolotti. He talked to me about exchange-traded funds (ETFs), a cheaper alternatives to those high cost mutual funds that eat into your retirement savings.

The big lesson – don’t be afraid to ask questions about the impact of fees on your savings. And if you don’t like the answers, shop around!

Lesson 4: Four simple words we all need to learn – I can’t afford it
This year I had the pleasure of interviewing Wealthy Barber, Dave Chilton. One big piece of advice I took away was that we need to stop trying to keep up with the Joneses and to resist the pressure to spend alongside our higher-earning or higher-spending peers. Don’t drive yourself into debt – instead, just say no with four simple words: “I can’t afford it”.

Lesson 5: Maybe coupon clipping isn’t so bad
I’ve admitted it before – I really hate coupon clipping. But 2011 has been the year of the coupon, with the rise of sites like Groupon. Now, there are just so many ways to save that don’t involve cutting out (and keeping track of) little pieces of paper. To get some coupon-related tips and strategies, I interviewed coupon fanatic Cassie Howard to find out how she saved thousands. The lesson – in this coupon-crazy world, it’s never been a better time to clip your way to savings.