Why CEO Eveline Charles credits ADHD for her career success

The day-spa diva shares how she went from hairstylist to the head of a spa empire, raking in more than $15 million in revenue a year. 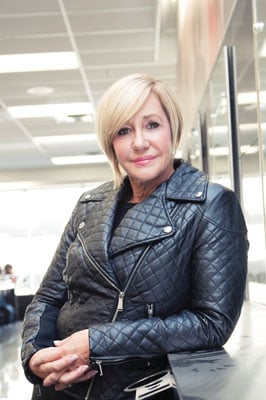 Eveline Charles credits ADHD for the success of her spa empire. “When I was a kid I spent more time in school hallways, kicked out of class, than in the classroom. I’d dream of having my own business.” It wasn’t until her eldest son was diagnosed with ADHD that Eveline realized she had it too. “It’s a great benefit in business; it means I can do three things in my head and carry on a conversation,” she says.

Eveline started her career working as a hairstylist in the small French town of Flaher, Alta., where she grew up. When the salon went up for sale in 1984, she decided to buy it. She earned a good living, but she realized she wanted to go big. Her epiphany came while running the Boston Marathon one year. “I realized I had to get out of working in my business to start working on my business. That’s where a lot of entrepreneurs get stuck,” says Eveline. She stepped away from the stylist’s chair and focused on expansion. She decided to run the company like a corporation and now has nine salons and spas and two training academies.

Defining assets: “I never felt guilty,” she says. Eveline had two boys when she was 35 and 41. “I juggled. I used nannies — they were all great. Some are still working for me as estheticians. I was there for my kids, and we always sat down and ate dinner as a family.”

Biggest challenge: “Your second store is always your hardest; anything after that is a piece of cake.”