The most valuable career advice I ever got...

How did Richard Branson, Martha Stewart and Deepak Chopra develop their successful careers? They listened to the people closest to them. 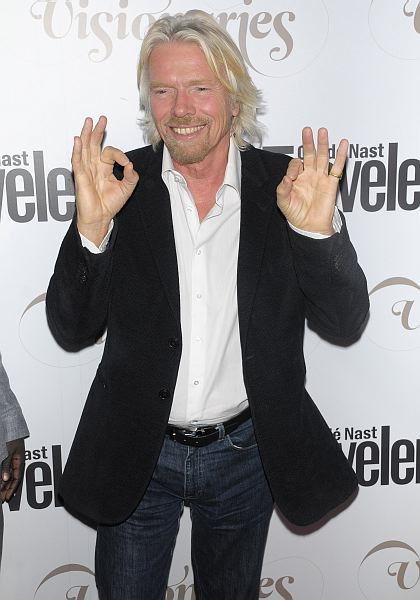 Sometimes the best advice isn’t from a celebrity speaker, motivational video or self-help book — but from people in our everyday lives. The networking site LinkedIn.com asked 70 influential people what the best piece of advice they ever got was. They responded with stories full of insight, wit and inspirational fodder. Here are my favourite pearls of wisdom from eight accomplished people:

Branson’s mother taught him that spending time mourning your failures is a huge waste of time and energy. As an entrepreneur herself, Branson’s mother started projects, many of which didn’t work out. She inspired him to take risks and taught him that setbacks are all part of the learning curve and to remember that sometimes the climb is steep, but looking forward makes it a whole lot easier.

2. “Take the time to get to know people” – Beth Comstock, CMO, General Electric

Comstock had a rude awakening one day when she was talking on the phone with her boss, former CEO Jack Welch. He had found her too abrupt and difficult to talk to, so he hung up on her — explaining, that was what it was like talking to her. He later told her that though she was a speedy and efficient worker, she was too curt and came across cold. He advised her: “Take the time to get to know people. Understand where they are coming from, what is important to them. Make sure they are with you.” It was a valuable lesson and changed the way she communicated with others from then on.

Pickens’ grandmother told him that on the road to success there’s no point in blaming others when you fail. She told him that it doesn’t matter who you are, some day you’re going to have to sit on your own bottom. After 50 years in business, it’s advice that has served Pickens well. He writes: “My failures? I never have any doubt whom they can be traced back to. My successes? Most likely the same guy.”

4. “You can do anything you choose” – Martha Stewart, Entrepreneur

At the age of 12, Stewart’s father told her that with her personal characteristics she could do anything she chose as long as she set her mind to it. His encouragement gave the future multimedia magnate the confidence and steadfastness to pursue her dreams. She writes: “I’ll never forget the favour my father did me when he instilled in me the tenacity I needed to build a career based on what I love most.”

5. “There are no make or break decisions” – Brad Smith, President and CEO, Intuit

After college, Smith was trying to decide between two job offers. He was stressed out and afraid of making the wrong choice. His father told him that choosing the right job was a voyage of discovery and a process of trial and error. He offered Smith these four guideposts on determining the right path:

– Do what makes your heart beat the fastest

– Surround yourself with people smarter than you

– Volunteer for assignments no one else wants

– Make sure you can pay the bills

A professor at Harvard University told Li the most important asset she would ever manage would be her career: as such, she should give it the time and attention it deserves. He told her to evaluate her career status every 18 months — because that’s the length of time it takes a person to master a job. Was she still challenged by the work? Or should she seek out new opportunities? His sound advice lead her to eventually start her own business. She writes: “Think about how much time you put into planning a trip, or researching how to save a few dollars on an upcoming purchase. The reality is that you probably spent more time managing your music playlists this month than [the time] spent managing your career over the last year.”

The physician and spiritual guru learned his core principles from his parents. They defined true success as possessing the ability to love and have compassion, being in touch with one’s creativeness and the progressive realization of worthy goals. To obtain true success, one must be immune to flattery or criticism, have fearlessness, and not be beneath or superior to anyone. It’s these values that helped shape Chopra’s successful career as a spiritual healer.

8. “Stay calm and enjoy the process” Gretchen Rubin, author of The Happiness Project

The New York Times best-selling author got lots of valuable advice from her parents that she never forgot. Her father told her that it’s important to enjoy the process — because then she’ll be less concerned with the outcome. Her mother reminded her to stay calm and that the things that go wrong often make the best memories.