Early retirement? Forget about it

After watching years of television ads telling me that I can be free at fifty five, I’m thinking that’s a load of hooey! 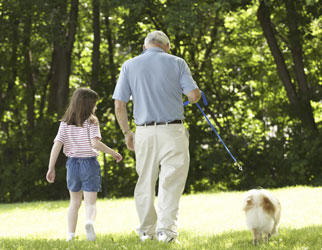 You’ve seen the pictures of the gray-haired gorgeous couple having a fabulous life: sailing, driving in a fast car, travelling all over the world. It makes retirement look like the best time of life. And it makes wanting to get there early a top priority. But as I round the corner on 55, I’m thinking that the earlier I jump off the working wagon, the longer I’m going to have to live on my savings. There’s no freedom in poverty.

If I were to retire in three years, I’d have one kid just out of university (maybe) and another just finishing high school. So the kids aren’t really “gone” yet. Hey, I know I started late and many other people my age have had spotless floors for years. But I also know a bunch of folks who have watch their kids swing home for a stopover because they’re jobless or struggling to make it through a divorce. Money helps.

The other thing is I’m cursed with strong genes. I have relatives that lived into the 90s. What the hell am I going to do with myself for 35+ years of retirement? Cripes, that’s as long as my working life. And would my savings, as healthy as they have been, bear up under that kind of stress?

Life is for living. Saving is for the future. Doing either to the extreme, or neither for the sake of the other, is dumb. And so is the idea of spending the last 35 years of life doing nothing productive. Add 10 years back into the working equation and you not only put more money in your retirement savings pool, but you spend less years living on that pool of cash.

If you’ve bought into the early retirement sales pitch, if you think you’re entitled to hang up your tool belt early because you’ve worked hard, you better make sure you’ve got a pot full of money. Or an exit plan for when the money runs out.