I love watching the CBC’s Dragon’s Den largely because of how good Kevin O’Leary is at telling people when their business ideas are crap. He’s a master at relaying the cold, hard truth to people, even when it makes them cry and stomp their feet. 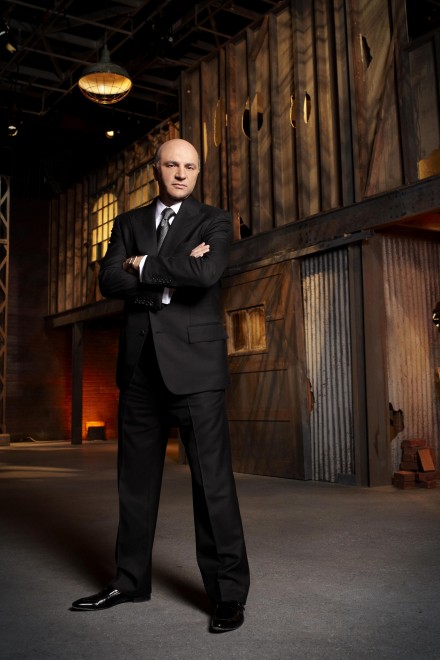 I love watching the CBC’s Dragon’s Den largely because of how good Kevin O’Leary is at telling people when their business ideas are crap. He’s a master at relaying the cold, hard truth to people, even when it makes them cry and stomp their feet. That’s why the title of his new memoir, The Cold Hard Truth, cuts to the heart of his philosophy of life and money, which really boils down to one thing: focus on making cash or get out of business. In this interview, O’Leary talks to me about how not enough parents prepare their kids for the realities of capitalism, and why he makes his son fly coach.

Q: What’s one piece of advice you wish someone had given you when you were starting out in business?

A: That the lifeblood of a business is cash.  You have to do everything in your power to maintain cash. Everyone learns the hard way that you’ve got to keep an eye on your cash balance in any business you run. You have to defend that cash balance at all costs, even if you have to fire your mother, your cousin, your brother. They’ve got to go first. Because once you’re out of cash, your business is wiped out.

Q: Your book is called the Cold Hard Truth, but are there times when it’s better not to tell someone the cold hard truth?

A: No. Unfortunately, in business there is no grey zone, only black and white. You make money or you lose it. Money has no soul and it doesn’t care about you personally and it doesn’t care about tears. All that is irrelevant: you have to separate the emotional aspects from the business aspects. I think the DNA of business is to make money for its shareholders. So the truth is the only thing that matters. I don’t care if people get offended or they have to cry. That doesn’t mean anything to me. I’m not trying to make friends: I’m trying to make money.

Q: Do you think parents prepare their kids for the business world? Or do you think we coddle and cushion our kids too much?

A: I do actually. I think the most important thing is to teach young kids the value of money and how hard it is to earn it. Parents also need to explain to them what debt is. We need to promote financial awareness and education to young kids. We teach them everything else, but we don’t teach them about money. It’s a phobia we all have.

Q: Does this apply to how you’ve raised your own kids?

A: I just don’t think it’s right to give your kids money. I see a lot of pretty messed up children that don’t understand how hard it is to actually accumulate that wealth. Let me tell you a recent story about my own family. I often go to see my Dad — he’s Swiss and he just had his 81st birthday. I took my son to see him. We were on the direct flight from Toronto to Geneva and my son turned to go to the back of the plane while I took my seat at the front. He says  “Dad, why is it you are always sitting in the front with the movies and the good food and I’m always sitting in the back?” And I said to him “Because you have no money.” And I think that says it all.

I am going to support my kids in educational pursuits as long as they want to stay in university, that’s great. But after that they’re on their own.

It’s important for them to understand how this works — people that work hard can move to the front of the bus. That’s how capitalism works. And I think it’s an important lesson.