Don't let these social media habits get you fired!

We’ve all done it: snuck on to Facebook or sent out a quick Tweet during work hours. It’s harmless, right? Not always. Here are the best ways to protect yourself from employee misconduct when it comes to social media. 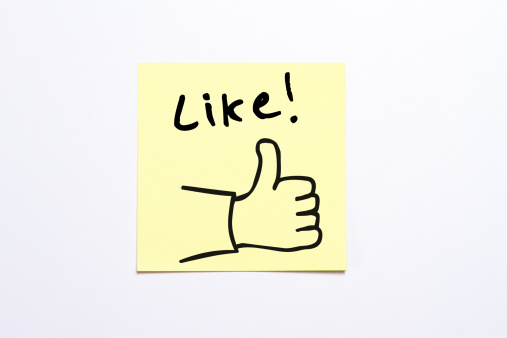 From Facebook and Twitter to Linkedin, Instagram, Vine, Tumblr and YouTube (and everything in between), social media now has a stronger presence than ever in the workplace. Alison Garwood-Jones, a journalist and social media corporate consultant, says, “Teachers, politicians, disgruntled servers — many people have lost their jobs over knee-jerk gaffes.” Take the tale of Ashley Payne, for example, a teacher who was fired after Facebook images of her holding a beer on vacation was shared with colleagues and eventually reached the principal. Translation: What can seemingly be harmless may end up costing you your career. The moral of the story is to make sure you’re aware of the dos and don’ts when it comes to social media and work — and fast! Here are our top three tips for minding your p’s and q’s:

1. Think before you unload

Whether it’s a co-worker, boss, or a client who’s ticking you off, when you’re having a bad day it’s tempting to use social media to vent. Don’t! These are public forums, and no matter how high your privacy settings are, there’s no guarantee through six degrees of separation (i.e. your friend went to school with a girl who’s a friend of your boss’s sister) that it won’t get back to them. This type of ranting can, in turn, also harm your future career path, as recruiters will view it and immediately move on to the next viable candidate. Garwood-Jones warns, “Today, the lines between freedom of speech and defamation, fact and opinion, public and private copyright, are all pretty confusing, and job loss or embarrassment on a global scale are just some of the fallout. The trend remains: We rush to post, correct later.”

Remember to ask yourself: Is what I’m about to share in violation of my company’s confidentiality clause?  This is especially important if you work in a client-based industry, like advertising or public relations. Review your contract to make sure you’re fully aware of any such restrictions.

According to a global survey by Proskauer, 44 percent of companies have social media policies in place that cover usage both inside and outside of work. Heed the cautionary tale of Ashley Payne, the teacher from Barrow County, Georgia who was fired. Although she kept her Facebook account private from students, as most teachers do, the images of her holding a beer on vacation were posted and shared with fellow teachers, and eventually fell into the hands of the school’s principal. “That was in 2009, and schools are still scrambling to hammer out social media policies for teachers and administrators,” says Garwood-Jones. Or, take the 2011 Vancouver Stanley Cup riot. Many bragged on Facebook and Twitter about looting stores and fighting, and as a result lost their jobs. Don’t make the same mistakes: Sit down with your HR person to make sure you understand your rights when it comes to social media, plus what disciplinary action will be taken if the policies aren’t followed.

On average, employees are interrupted once every 10.5 minutes by social media updates, and it takes, roughly, 23 minutes for them to focus back on their work. It’s no wonder that companies are monitoring how often employees are visiting social media sites. In fact, 71 percent of companies claimed they actively try to block social networks at work. Don’t let bad habits get in the way of your career success. Ask your HR person where your company stands on social media use, and make sure you are within those boundaries. If it’s completely banned, it’s wise to respect that and hit the newsfeeds after-hours.