Does your resting face give people the wrong impression?

Flannery Dean looks at the new term "Bitchy Resting Face" and assesses whether it has any real merit. 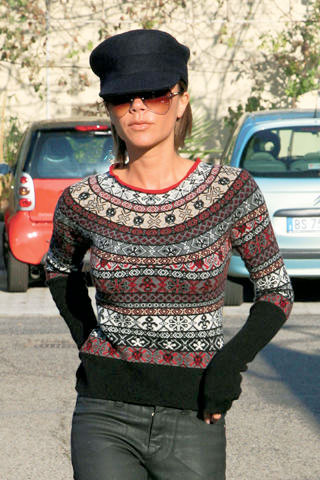 If there’s one thing most women can count on in life it’s that someone is always looking at them and assessing them and that nosy, indiscrete someone has always got something to say about what they see. Too bad, these looky-loos very rarely know precisely what they’re looking at, however.

How else to explain the phenomenon known, rather crudely, as “Bitchy Resting Face”. The term, which shows the same harmonious balance of misogyny and obscenity as the popular acronym M.I.L.F, is used to describe a pensive or contemplative expression on a woman’s face.

Basically, ladies, if you’re not smiling, you qualify for BRF status and all the attendant assumptions that come with it — assumptions that may include the belief that you’re grumpy, angry or mean rather than say, thoughtful, tired, dealing with seasonal allergies or simply sleeping with your eyes open.

Recently, comedian Taylor Orci (via Jezebel.com) released a comic short devoted to the expression and its ubiquity. In the video, which is styled as a PSA, Orci likens the look to an incurable affliction.

While one “expert” (read: plastic surgeon) declared BRF a real phenomenon, it’s hard not to wonder if it’s more of a real pain in the butt for women than a full-blown phenom in need of attention or remedy. Women should arguably be a little weary of the expression-police joining league with the already powerful body-police in the neverending crusade to monitor every moment of female existence. Smile! Be thin! Make dinner!

Moreover, women might want to question the basis (sexist) for the phenomenon. As one writer for Jezebel.com argued, men aren’t subject to the same facial scrutiny. There is no Jerk Resting Face as far as I can tell, though oddly, there is no shortage of jerks.

While comedians may joke about the incurable nature of BRF and one plastic surgeon is even offering corrective surgery for the affliction — would you really choose Crazy Plastic Surgery Face over BRF? — what the whole hubbub really makes clear is that there is no cure for what I’m calling Stupid Assumption Plague. When faced with SAG, most women are just going to have to do what they’ve always done.

Grin and bear it.

Have you have ever been accused of being grumpy or unhappy because of your facial expression? Tell us about it in the comment section below.