Find out which pharmacy has the lowest dispensing fee

Want to save money on your meds? Here's a breakdown of the dispensing fees across major Canadian pharmacies. 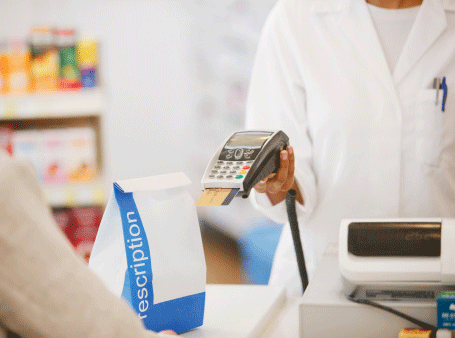 Quitting full-time work and starting my own company was the best thing I ever did – but it was a rude awakening on a number of fronts, not the least of which was a total lack of drug coverage. It’s not a huge problem if you don’t take regular medications, but once your doc slaps you with a prescription, you’ve got to cover the full costs out of your own pocket.

One of my biggest pharmacy costs is the drug I take to keep asthma attacks at bay, Advair. It works but, man, is it expensive. I usually end up shelling out well over $100 at my local grocery store pharmacy. The cost is so high in fact that I recently called around to see if I could get it cheaper somewhere else.

Last week, I phoned five major pharmacies in the Toronto area and was very surprised to see how the cost varied from store to store. The big factor wasn’t the cost of the medication – it was the dispensing fee. Here’s what I found by calling just five stores.

Clearly Costco was the winner for low prices by a huge margin (it meant I could actually buy my Advair for under $100). Target at least offered to lower their price for me when I told him I was looking for a cheaper place to buy this expensive drug – he offered to charge me $7.99 instead of their regular $9.99 fee (hats off to Target’s pharmacist for the nice gesture). As for why dispensing fees vary so much from pharmacy to pharmacy, I am no expert. But I did learn one thing: it’s a great idea to shop around and find a lower price when it comes to purchasing your meds.

Know of pharmacies in your area that have low dispensing fees? Share in the comments below!