Not sure when to bring up the M-word to your new beau? Our money expert offers four tips on addressing your spending habits — to see if you're a financial fit. 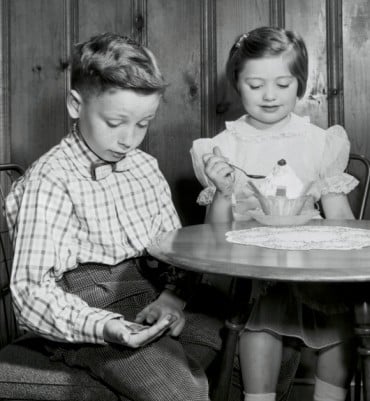 When my husband and I were first dating, I thought he was rich. He sailed, he had a good job, and he was always picking up the tab for pricey dinners. It took awhile to put the pieces together, but eventually I realized he wasn’t actually Mr. Moneybags — sure, he earned a respectable living and paid all his bills, but he didn’t own a sailboat or eat at fancy restaurants on the regular.

Like a lot of couples in the early stages of a relationship, my husband and I didn’t talk about money or how much we earned — in fact, asking that kind of question on the first or second date would have been pretty gauche (hello, gold digger). But according to a recent poll from TD Bank and Environics, one in five people aren’t totally up front when it comes to talking about money their significant other. The reality is that a lot of us have financial baggage — debt we’re struggling to pay off, or some of us have not-so-great spending habits. And while you don’t want to get stuck in a relationship with a walking financial disaster, you need to carefully pick your moments when it comes to bringing up the M-word during those early weeks of a relationship. So when is the right time? Here are a few rules of thumb:

Dating expert Christine Hart believes that the time to talk about money is around the sixth date. What’s your money personality and habits? Are you frugal or a big shopper? Do you like taking risks or are you more attracted to financial safety? This kind of conversation can happen around even small things — like whether or not you tote your lunch or how you like to shop (are you a bargain hunter or do you pay full price without batting an eyelid?).

Don’t wait until you’re moving in together or planning a wedding to talk about debt. It doesn’t have to be a deal breaker — but you do have to have an open and honest conversation about it. What kind of debt is it (a student loan or debt from shopping sprees)? Is he or she committed to paying it off? Once you’re married to someone his or her debt becomes yours, so you need to make sure you’re okay with it and that there’s a (joint) plan to pay it off.

My husband and I had totally different spending habits when we got married — he was a spender and I was a saver. While I don’t think money differences have to be a big issue, you both need to have the same basic money goals and values. Habits can be changed, but personal values won’t go away. These days my husband is more of a penny-pincher than I am for example, so we’ve shifted our habits over time. But we both give a lot to charity and we’re jointly committed to saving for the same big goals (retirement, bigger house etc.).

4. When to talk about merging your money

As soon as you take on joint expenses (e.g., moving in together or getting married) you need to talk about how you’re going to handle the expenses. That means figuring out how to merge your financial lives. Are you going to have a joint bank account? Will you split the bills evenly? Make sure you figure this stuff out as a couple before you make the big move or walk down the aisle, so you can transition into life together without stressful money fights. Here are some more tips on how to combine your finances in a relationship.