Is crying at work becoming OK?

It seems there may be a tide-shift when it comes to the once taboo topic of crying at work. 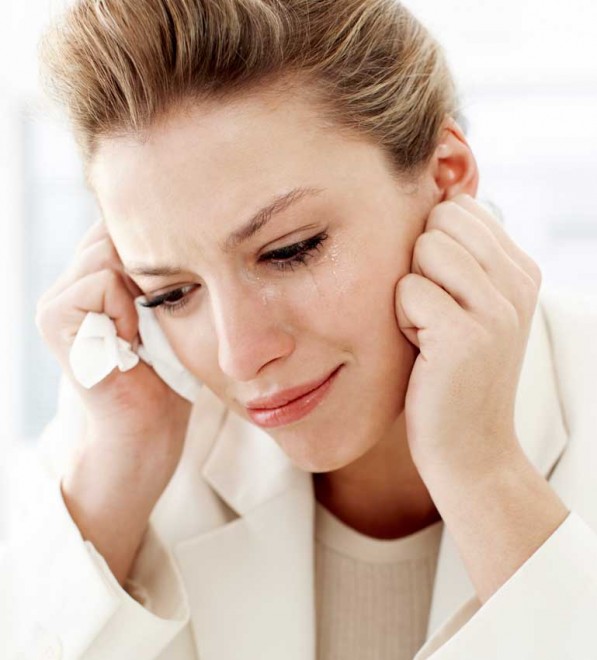 No one (outside of Hollywood, anyway) likes crying in public — for most of us it’s an embarrassing admission that we have temporarily lost control and are feeling overwhelmed by our emotions.  It doesn’t help that tears are associated with early childhood, victimhood and weakness.

Though stoicism isn’t quite as revered as it was once, the ability to keep it together is still admired and can be seen as indicating character, or strength — or simply the sense to know when to present a false face to the world and when it’s OK to let it all hang out.

Still, no one wants to cry at work. If for no other reason than there are so many predators waiting to pounce at the first display of weakness.

But that old idea may be facing some modern challenges.

Dr. Peggy Drexler, a writer for The Daily Beast, makes an interesting case for the benefits of crying on the job. The taboo has lifted she says — crying is something that both men and women admit to doing occasionally in the workplace and, as Drexler points out, women are biologically programmed to cry more than men. So it’s not all about character necessarily, hormones count.

So you cried, out of frustration, out of anger — dry your eyes, blow your nose, and move on, Drexler advises. We’re only human, and emotions are part of everyone’s vocabulary. Crying may even improve your standing among colleagues by flushing out grievances or engendering solidarity among like-minded colleagues.

But there are some caveats, too. She cautions against crying at meetings where format dictates formality and puts more emphasis on professionalism. And never cry in front of clients or in an attempt to get your own way.

It’s not the end of the world if you get a little moist in front of your cubicle-mate but the next time you feel the urge to blubber at the office, it probably wouldn’t hurt to remind yourself: Laugh and the world laughs with you. Cry and you cry alone.

Tell us, have you ever cried at work?