More than a billion of the world’s poor have to. On April 29th, people everywhere are taking the five-day challenge to Live Below the Line. Here are a few tips to get you started. 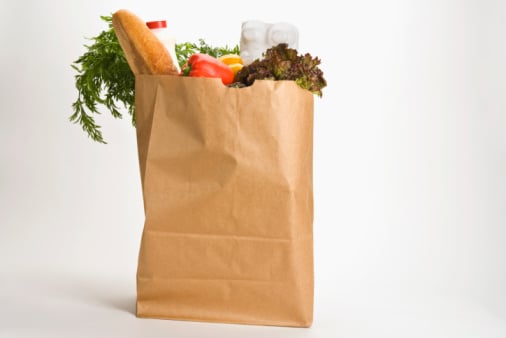 Think you could swing it on $1.75 a day? That’s exactly the challenge the Global Poverty Project is asking the world to take on this week with Live Below the Line.

On April 29, the group is challenging people to radically adjust their spending and live below the poverty line for five days, spending no more than $1.75 a day on food. (If you’re performing some mental math that means a grocery budget of $8.75 for one week.)

How in the world is that going to work? It probably won’t for most people, and that may be the point—to underline the desperately impossible situation most people find themselves in financially.

The project to raise awareness and money on behalf of global poverty—Ben Affleck is reportedly going to participate—isn’t leaving people to figure it out on their own, however. Recipes, meal planning and shopping tips on how to make it through the five-day trial can be found at Livebelowtheline.ca. The project should offer most Canadians food for thought. The challenge represents not only an opportunity to reflect on the plight of the world’s poor, and to consider how each of us may alleviate that burden, but it may also highlight if and how we’re taking food and life’s little luxuries for granted—can you say $5 latte, anyone?

Whether or not you’re planning to Live Below the Line, here are three expert tips on how to tame your weekly grocery bill, rein in discretionary spending, and practice gratitude for all that you’ve got.

OK, eating on $1.75 a day is just not going to cut it for many of us. But there’s real value in setting a firm grocery budget and sticking to it, says Lise Andreana, a certified financial planner. (Andreana says, on average, a single person spends around $60 a week on food.) Sit down and figure out how much it really costs to feed you and your family properly (but not indulgently) each week, she advises. Once you’ve established a figure, you can hone the process by creating a pre-printed list of the most frequently purchased items, says Andreana, who also advises people to read sale fliers and avoid the junk food aisle trap.

2. Set up two bank accounts, one for Needs, the other for Wants.

Too few people track their discretionary spending, says Andreana. More important, many people fail to distinguish the difference between needs and wants. One way to do that is to set up two separate bank accounts that reflects the importance of food, shelter and basic needs vs. the luxuries of wants, shoes, lattes, takeout.  “Have a separate (low cost) bank account for each: Needs and Wants. That way you will know when your discretionary account balance drops below a certain point, that it is time to cut back on discretionary spending.”

Live Below the Line encourages people to give greater thought to the plight of the poor. But it should also cause many to reflect on their good fortune to be living above the poverty line.  “How sad to think of living on $1.75… seriously this would be extremely difficult in a city like Toronto,” says Andreana. With that sense of gratitude should come greater keenness to not overspend or be wasteful. You’re never too broke to budget or to start saving, suggests Andreana. “The most successful clients are not those with the most assets or income, but rather those who are prepared to set goals and adhere to savings strategies to meet their goals.”

Taking the Live Below the Line challenge? Here are some meal ideas for a budget of $8.75 per week. Please share your progress in the comments below. Good luck!