The real cost of raising kids

The updated figures from our friends at MoneySense might surprise you. 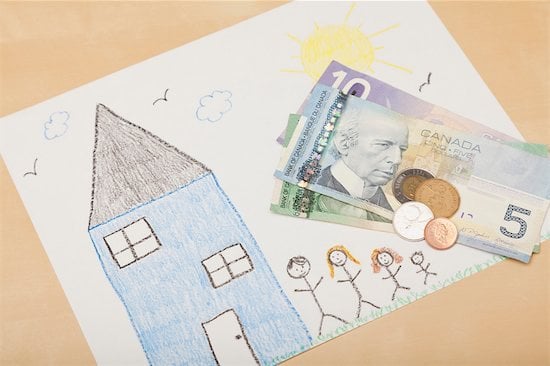 Having kids changes your life in many ways: sleepless nights, runny noses and a lighter wallet. You will eventually catch up on sleep and the runny nose will run its course, but it may take years before you can get your finances back in order.

Kids aren’t cheap and we have the numbers to prove it. When we last prepared our detailed analysis of the cost of raising kids in 2011 we pegged the figure at $12,824 a year or a whopping $243,656 to raise your kid from cradle to young adult at the age of 18. Adjusted for inflation that figure today would be $13,366 pushing the total cost of raising a child past the quarter million mark—a $10,200 increase in four years.

It’s worth noting that this $13,000 a year is averaged out over the first 18 year’s of the child’s life. Many new parents will tell you they spend well over that amount when their kid goes to daycare. Indeed, childcare is the single biggest component of the overall figure. In the table below you’ll see this cost being listed as $4,000 because the charge is averaged out over 18 years. It’s not unusual for parents to pay $12,000 to $15,000 a year for daycare. Even if one parent stays home, that too is hardly free since it will mean the loss of one income.

Here’s how the cost of raising a kid breaks down when adjusted for inflation:

Inflation adjustment is based on Statistics Canada Consumer Price Index, from August 2011 to January 2015.

This article was originally posted on MoneySense.