Christiane Germain, co-president of the Groupe Germain, on opening the first hotel

Fab in her 50s: The owner of the boutique hotel chain started the business at 32. Here she shares her successes, mistakes and advice to single moms 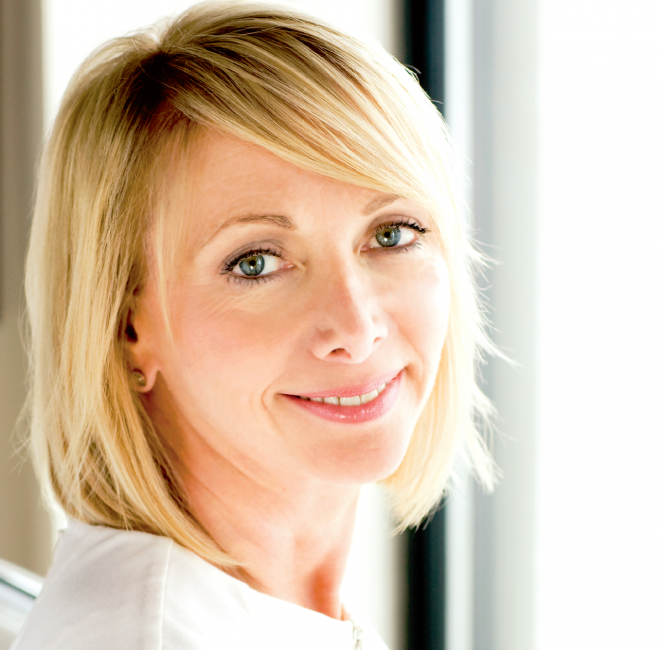 When Christiane Germain opened the doors of her first hotel in Quebec City in 1988, she’d never worked in one before. She greeted the first customer — a man whose name she still remembers — and escorted him to his room. “I told him, ‘I may not be doing this right, because you’re our first guest,’” she says, laughing at the memory. “That’s how it all started.” Christiane was only 32 at the time.

Now, at 56, she is the co-president of the Groupe Germain, a Quebec-based company that she runs with her brother, Jean-Yves. Since 1988, they’ve opened seven boutique hotels, launched a large development in Calgary that includes an upscale hotel, office and condo space, and established a new, more affordable hotel brand, called Alt. When she reflects on the pivotal experience of opening that first hotel, Christiane says she was operating on the fearlessness that comes with youth. “When you’re younger, you have courage and don’t realize the magnitude of things you’re doing. It’s only afterwards you look back and think, ‘Wow,’ ” she says.

Following her instincts into the hotel business was one of her best moves. It’s something she believes more women should do: “Listen to what it says inside of you. It’s very important,” she says. “I’ve followed my instincts and never regretted it. Have I made mistakes? Yes, of course. But I have probably learned a lot more from them than from anything else.” The key, says Christiane, is not making the same mistake twice. She had one of her most valuable lessons in her 20s, while working in the family restaurant business. At their peak, the Germains owned four restaurants, but acquiring the last one was a bad call. “When you’re successful you can get carried away. You feel invincible. We lost a lot of money,” she says. “That mistake still helps me; when things are going well, it keeps me grounded.”

Christiane is never grounded for long, technically speaking. The frequent traveller estimates that she spends roughly two weeks of every month on the road. For someone who travels so much, you’d think she’d be a packing wizard. “I really hate it! ” she says. “I know I could wear the same suit and change shirts, but that’s not who I am.” Christiane’s style is elegant and understated — much like her hotels.

Christiane’s daughter recently joined her in the business. “What can I say? We like what we do.” She raised her on her own and has never married. Her advice to single moms: “Don’t panic,” she says and laughs. “It will work. And it can’t be 100-percent perfect all the time.” This is something Christiane is keeping in mind these days. Though she has many passions — travelling, visiting museums and skiing — she doesn’t have as much time as she’d like to indulge them. “Work is probably a little too important to me. I need to bring a bit of balance,” she says. She admits her drive has taken its toll. “When you dedicate your life to your work and your daughter, as I did, at the end of the day, your personal life will probably suffer. Does it make me sad or unhappy? No. I have many pleasures in life.” And by all accounts, Christiane has a life she loves. She is healthy, feels great and has only one complaint about aging: “There are so many things I want to do! I just want the time to do it all.”