She's the youngest person and only woman to be at the helm of CBC programming. The Toronto-native shares what it's like taking on this role 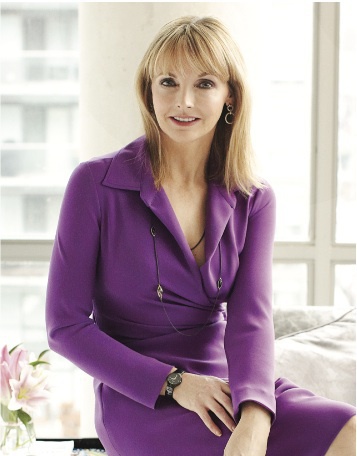 Q: Did you always want to work in television?

A: No. I thought I was going to go into either publishing or the music business, because I loved the idea of being an A&R person at a record label. But this came out of opportunity: The first job that I had out of school was selling Canadian TV programs internationally.

Q: You’ve had a lot of hits. Are there any shows you regret passing on?

A: I don’t think we’ve turned anything down that went on to be [super-successful]. But I do look around at certain things and think, “I wish I could have that,” like Downton Abbey. In the end, all you can do as a programmer is hope you make better choices more than you make bad ones.

Q: You’re the first woman to hold this job. Do you feel the pressure?

A: Absolutely. It’s easy to let other people frame how you’re described. But you never want someone else to control the conversation. Recently, because I had done something to congratulate another media company, it was described as “blowing kisses to the competition.” But the guys were high-fiving. It’s like, wait a minute. Are we in 1953? That is not cool.

Q: How do you control the conversation?

A: You have to jump on that kind of stuff right away. We also have to be careful about how we treat each other. There are getting to be a lot of great executive women, and we all have to sing from the same song sheet when it comes to how we expect to be portrayed.

Q: What has been your smartest career move so far?

A: Nothing has been premeditated. I’m not somebody who has a five-year plan. I tend to be the person who does the job I’m in. I just want to do it really, really well, and then opportunities arise.

Q: Do you set yourself goals?

A: Oh, absolutely. I’m very hard on myself. I think every person who has a measure of success drives themselves more than they even drive the people around them. That tends to be the personality.

Q: How do you unwind?

A: I spend what little spare time I have with family and friends. I listen to a lot of music, I watch a lot of movies. I’m a media junkie.