How one man lived a year without cash and coins

Author David Wolman examines the coming of the cashless society and how to prepare for it. 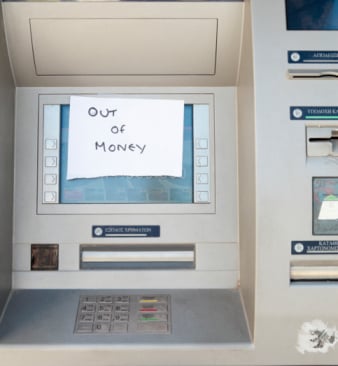 Using cash – actual paper cash – is something most of us don’t think much about these days. Less and less do people carry cash in wallet. In his premier novel The End of Money: Counterfeiters, Preachers, Techies, Dreamers – and the Coming Cashless Society, David Wolman dares to examine the outlook of a cashless society. He starts by going a year without using it and travelling the globe (Iceland, Tokyo and India) to piece together a cross-cultural picture of its function. Taking readers on a journey that questions how they view and use paper bills and coins, Wolman interviews such unique personalities as a Georgia pastor who sees the end of cash as the beginning of Armageddon, a convicted counterfeiter, a British digital money guru, an Indian entrepreneur who invented Kilowatt cards, and so many more. What would our world be like without cash, and could we live without it?

Q: What would you say the top three challenges were in the year you went without using cash or coins?

A: The New Jersey commuter train, the neighbourhood lemonade stand and almost everything in India.

Q: What were your top learnings during that year?

A: Living without cash wasn’t as complicated as I thought it would be. Conversely, the history, evolution and function of cash are all infinitely more complex than I initially understood.

Q: How did you find your budgeting tactics differed throughout the year?

A: My budgeting strategy didn’t really change much over the year. Some people see cash as an ally when it comes to careful budgeting, but I’m not one of them, and in the book I try to debunk this notion. That being said, I probably spent a little more on restaurants. When eating out with friends I didn’t want to cause complications, so sometimes it was easier to pay the whole bill. But with mobile banking apps on my phone, I had—and have—up-to-date information on the money going in and out. (I’m a writer, so it’s mostly out.)

Q: What did living without cash teach you about the way society spends?

A: We don’t need cash nearly as much as we think we do. And it has all kinds of costs, but they’re usually obscured from view. I spent a lot of the year researching the hidden costs of cash: the expense of designing, printing, shipping, storing, securing, counting and, ultimately, destroying it.

Q: What do you think a cashless society would look like?

A: At this point, a cashless society would look almost exactly like the society we already live in. Most of the difficulties would arise only for people trying to break the law: tax evaders, drug dealers, bank robbers, etc. But we would need contingencies, in the case of a long-term power outage, for instance. And there is the nontrivial matter of privacy: Some people who use cash do so not to break the law, but that’s because they’re worried about government or corporate scrutiny of their transactions. We can engineer around that problem, though. Still, we can’t rush this cashless thing. Cash does play an important role in some limited sectors of the economy, especially among the poor. Cash is especially costly for them, but we can’t welcome the cashless future until we’re absolutely certain we have sufficient alternative(s) that are helping to improve people’s economic lives, not adding to anyone’s hardship. In the nearer term, however, we can work to get rid of the penny, nickel, and one-hundred-dollar bill. The first two are useless, and the third is coveted by crooks and not doing what cash is intended to do, which is facilitate (legal) trade.

Q: After the year was up, what did you feel were the negative aspects of using cash?

A: I don’t like handling cash. It’s dirty, but when we touch it every day, we’re desensitized to that fact. After a year without touching it, I was even more aware of how gross it is.

Q: What are the top reasons you would recommend others stop using cash?

A: Most people are already further down that path than they realize. Completely avoiding cash for a week or a month is a good way to get some insight into the functions of money and the nature of value, and it will likely spark some interesting conversations.

Q: How would you advise our readers who want to try living without cash prepare for the experience?

A: Find a bank with a really user-friendly interface, both online and on your phone. Look into some of the new technologies that allow you to pay for things straight through email or a couple of quick inputs akin to a text message. And brace yourself. The subject of cash—defending it, ditching it, spending it—touches very deep emotional nerves for people. If you think you’re just running a curious little experiment about buying a smoothie with paper money versus PayPal, think again.