Three reasons you should fail for career success

In this wildly unstable economic environment, one counterintuitive truth is clear: Daring to fail—taking risks, standing out—is an inventive and powerful way to catapult yourself forward. 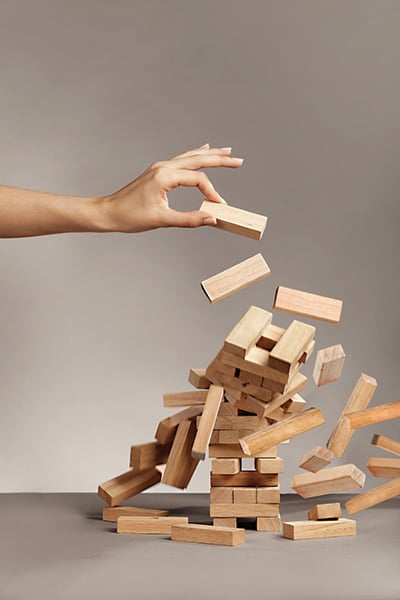 Think about your job and your work right now. I bet it’s safe to assume you’re always trying to make your boss say yes. As in “Yes, your idea is a good one.” Or “Yes, you did that right.” And so on. Trouble with that plan is that it means we tend to get stuck in a pattern of giving our boss ideas we think she will say yes to, which are likely to be ideas she could have come up with by herself.

Just breaking even is a struggle these days, but to do more and get ahead, you’ll need to break new ground. That means now is the right time for you to stick out your neck and dare to fail — it just might lead to a big success. Here’s how.

“Opportunity cost” is an economic idea that has a lot of power: It’s the concept of capturing what you lose and what your cost is if an opportunity doesn’t work out. And the truth is, when business is slow/hard/tough, the opportunity cost is lower. For example, I was working on a magazine whose newsstand sales had been slipping month after month. Even so, we were sticking to our tried-and-true formula that had worked well for years. So, to me, there was just as much risk in not changing the cover look, because we’d be blowing an opportunity to learn about what might goose sales. We went with a stunning, untraditional pose and — gasp! — a celebrity without a smile, which many said would be newsstand death. But it went gangbusters — bestselling issue of the year. Esthetically, I loved the cover, but that wasn’t why I chose it. What I was really lobbying for was the learning that we’d get from it, win or lose.

Companies spend a lot of time (and hire a lot of management personnel) to stimulate innovation, but the truth is that companies unintentionally quash innovation with their bureaucracy. The very rules and reporting structures created to make sense of a large business also suppress people’s stepping out of line, for bad or good. And sometimes small companies act like bureaucracies because, well, it feels more official that way.

But here’s the truth: Even in the most hierarchical companies there’s someone who has their head up, looking for a good idea. Why don’t you give them one?

If your direct supervisor is very sensitive, you won’t want to go over her head. Instead, involve her in sharing your idea up the management tree — and don’t give up until you’ve been heard. In today’s business, there’s a built-in innovation advantage for those of us who live the deepest in technology (who also tend to be the youngest, but it would be ageist of me to say that, so don’t quote me to HR!). Let that advantage give you some confidence in writing up your idea and risking failure. Every company needs someone to see an old problem with new eyes. And even if your particular idea isn’t adopted, you’ll be recognized as someone with new ideas.

A well-handled mistake can often open up avenues for new skills. I was an overconfident manager in my 20s, but it was a more confident time in the economy too. So that meant I was able to make a really huge mistake: In my first editor-in-chief job, at Modern Bride, I went over budget. By the cost of almost an entire issue ($140,000!). But you know what? I figured out what to do (after I put my head down on my desk and had a good long cry).

The mechanics of how I remedied my blunder seemed unusual to everyone working for me – taking all costly fashion shoots out of the issue and relying on “runway” shots from the most recent bridal fashion shows, and cutting the number of photographs in our annual “Best Of” home portfolio in half – but they worked. And the problem solving forced me to be truly creative, a skill I’ve kept working at in my career. The issue was my top seller at the newsstand. But the victory that counted was much more personal than the sales. I’ve been looking to make smart mistakes ever since.