How to break into the boys' club

Career coach: Judith Humphrey shares the secret to getting inside the mind of the average businessman - and using his lingo to your advantage 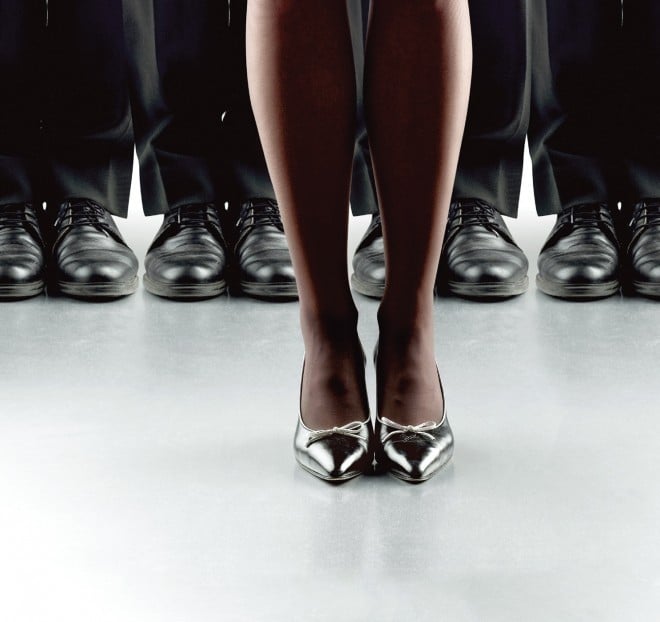 To access the male-dominated clique of the corporate world, you need to be bilingual. Men and women just don’t speak the same language when it comes to business. The average man isn’t interested in small talk — he just wants to ‘win’ the conversation. For instance, when I’m coaching executives on how to communicate effectively, I find men get to the point more quickly and work harder at proving their arguments than we do, putting them in the winner’s circle more often.

The hurdle
When men speak, they come across as clear and decisive, whereas women tend to be more tentative and explain more than we need to, sometimes talking around a point without ever quite getting to it. And, when it comes to listening, where women smile and nod at the speaker in approval or encouragement, men don’t make ‘sympathetic noises.’ Instead, they remain neutral, even guarded, which can be disconcerting. Their silence can make us feel rejected, and if what we’re saying doesn’t elicit an immediate response, we often pull back from our position. We even begin dismissing what we wanted to say and apologizing for, or softening, our original idea. In short, we go into damage control — and we lose our audience. But it doesn’t have to be that way. You can easily get the competitive advantage in a conversation by simply adjusting your speaking style for male ears.

Three ways to adjust your speaking

1. Don’t look for approval.
When you’re talking, don’t worry about getting consensus and having people agree with you. The more you seek approval, the less of it you’ll get, and it leads you to say things that undermine your message, such as “Is this making any sense?” or “I could be wrong.”

Also, when you’re on the receiving end of the conversation, listen to men so they know you’re communicating on the same level. Fight the urge to nod or smile constantly. Instead, make eye contact, hold your head upright (instead of cocking it to one side), listen attentively and don’t be afraid to ask questions instead of agreeing with the speaker outright.

2. Go for the power sell.
Be strong (not strident) when speaking to a male audience. They appreciate confidence and will respect you for selling your ideas with conviction. Tell them what you believe and why you believe it. Avoid wiggle words (“probably,” “basically,” “roughly,” “sort of”), which cloud what you’re saying and undercut your ideas. Instead, speak with straightforward, declaratory sentences (“I believe that this is the best approach because…”).

And don’t diminish your authority at the end of your sentences. For instance, ending a thought with “et cetera” or “and that kind of thing” weakens your argument. You’ll score more points by completing your thought instead of ending it vaguely.

3. Hang tough.
Above all, don’t take your self too seriously or feel you’re putting your identity on the line when making an argument. Too often women do this, and it goes back to wanting to be liked. We feel hurt if our ideas don’t get the response we’d hoped for. Instead, take yourself out of the equation so you don’t leave a conversation feeling emotionally depleted — although that doesn’t mean you should allow yourself to be bullied or undermined. One way to avoid this is to stay on point, especially if you get interrupted. Instead of giving way, say, “I would like to finish,” and continue with your message.

Chatelaine expert: Judith Humphrey is a leadership expert and president of The Humphrey Group. For more leadership advice, read Judith’s book Speaking as a Leader or go to thehumphreygroup.com.