A couple of weeks ago, I wrote this blog post on how adult kids living at home should pay rent. It was based on my own personal experience of living with my mum until I was well into my 20s. 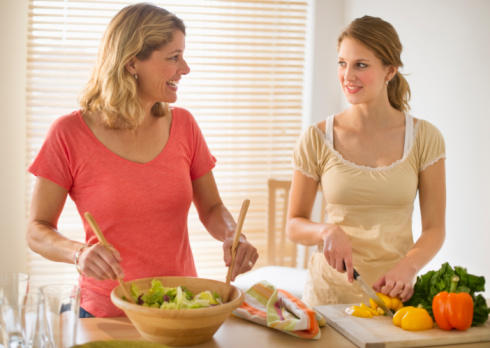 A couple of weeks ago, I wrote this blog post on how adult kids living at home should pay rent. It was based on my own personal experience of living with my mum until I was well into my 20s.

The post generated a lot of feedback, including a comment from the producers of a new documentary called Generation Boomerang, which airs November 10 on Doc Zone. You can watch a preview on YouTube. The documentary tracks the evolution of the so-called “Boomerang” generation, looking at adult kids who live with their parents in different parts of the world.

The producers point to some interesting research on how so many adult children now rely financially on their parents until their late 20s. With fewer job opportunities and demand for more and more education, young people are taking longer to get well-paying, full-time work — and make enough money to support themselves financially.

According to research, 51 percent of Canadians aged 21 to 24 live with their parents.

In the documentary, these under-30s living at home are called “emerging adults” — adults on the verge of financial independence (but not quite there yet). It’s a far cry from how their parents experienced life — take my parents, for example, who were homeowners raising two kids at the ripe old age of 24.

Of course, adult kids can be a huge financial strain on their parents — one UK expert quoted in the documentary says that six out of 10 parents say they’re retiring later because they are helping their adult kids financially.

That’s a disturbing number — but is it all that bad? My mum did it for me — and if she ever has trouble making ends meet, I would help her in a New York minute now that I’m a working adult with a good job. Maybe this new kind of parent-child arrangement just spreads the wealth around differently.

The documentary also points to a few positives about the boomerang kid trend. Boomerang kids have much closer relationships with their parents (a nice trend, I think). Plus, adults who wait until they are 29 or 30 to make major career decisions are arguably better equipped to make good ones than, say, the average 19-year-old. At least that’s what one expert points out (watch the clip!).

For me, having my mum’s house as a safety net when I was trying to get my first job was a huge help. But growing up is also about facing financial reality and standing on your own feet. Whether that happens at 19 or 29, it has to happen at some point.