Be careful about who you turn to for financial help. As Juliet Gill discovered the hard way, you can end up being taken for a ride 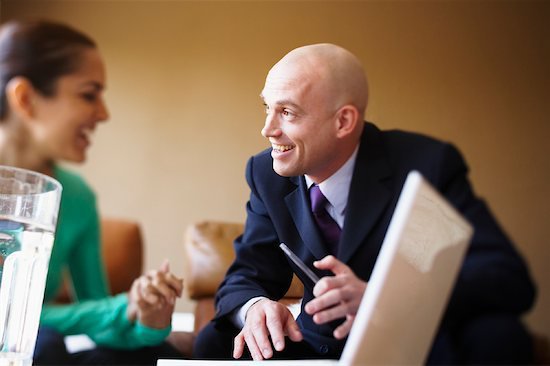 How had I gotten to my early 40s without knowing anything about money? After all, my dad had been a bank manager in England, where I grew up. But in England, discussing your financial affairs was taboo, and the only advice he gave me was to be frugal, save for the future and never open a joint bank account with a spouse. I wish he’d given me one more piece of advice: Be very careful about who you turn to for financial help. As I discovered the hard way, if you’re not, you can end up being taken for a ride.

I’m a doctor, an anesthesiologist. I married a surgeon and we started out in the late 1960s earning $2,400 a year. Job prospects in the U.K. looked meagre, so we emigrated to Canada with our infant twins.
When we arrived, I quickly discovered that a full-time hospital job with night call paired with raising twins didn’t give me much time to keep track of where our money was going. Planning wasn’t a priority with so much else going on, and our retirement seemed a long way off. We bought our first house for $45,000 in Moncton, N.B. in 1974. At the time, it seemed an impossibly large sum of money.

In the late 1970s we moved to New York State. The red tape of the private health care system and the lawsuit prone nature of life in the U.S. meant that we needed lawyers to set up their practice. Our lawyer was named Mike and soon after establishing our practice we turned to him for advice on who should manage a small pension plan we set up for our employees and ourselves.

Doctors are easy prey. Consumed by our jobs, we don’t have the time to watch our investments and we tend to leave all that to the experts. What we didn’t realize then was that Mike had no feel for the people he
referred us to.

First there was Paula. Blond, beautiful and shrewd, she worked for a big-ticket investment firm. She put our pension money into exotic places. (Desert Arabian Bloodstock was one of the stocks we bought on her recommendation; my husband was dazzled by Paula and entranced by the stock name.) She had us investing in initial public offerings — a series of gambles on new, untried stocks. Paula reaped a commission on each sale and another commission each time she sold stocks in our portfolio and bought others — something she did frequently.

I couldn’t help but wonder though. In the early ’80s, inflation was rampant and interest rates on savings were soaring, yet our portfolio was just treading water. I read that ultra-safe money market funds were paying up to 14 percent, so tentatively I suggested these to Paula, only to be given the brush off. Paula owned a mansion in the beautiful Thousand Islands of the St. Lawrence River and treated us to expensive lunches. That should have been my first clue that something was wrong.

Then there was Jeff. He had some imaginative ideas for tax shelters. By investing in a gas well drilling enterprise we could avoid tax on the capital, and who knew? The wells could turn a profit, putting icing on the cake. Then he began tempting my husband to invest capital in other ventures. A ski hill in Quebec was one.

Something about Jeff didn’t ring true. When I made eye contact, his gaze would slide away. His ideas seemed too glib, even pushy. Dapper in a three-piece suit and impossibly shiny shoes, he drove a sleek black BMW, and here I was, chugging around in a Dodge Colt. Something about this picture didn’t fit. A little while later Jeff disappeared from the scene, and I heard he’d been convicted of fraud and jailed. We never did hear what happened to the shares in the ski hill.

Despite all this high priced help, we never seemed to get ahead. Uneasy, I began reading about money and discovered that our local library was offering a course on the finances of retirement. It cost $25 and would meet for two hours a week for five weeks. The instructor was a local insurance salesman named John.
John was up front with his angle, so I knew we would get an insurance pitch — but for the first time, I also got some sensible advice. I learned how to construct a budget, for instance. Using a month of 30 days, John showed the class how many days’ pay we should allocate to taxes, housing, transportation, food and fun. He told us that we should pay ourselves first by putting away three days’ salary every month (10 percent of our income) with a pre-authorized contribution. If we did that, we would get used to making ends meet with what was left.

John also gave us some advice on using our nest egg in the right way. First, we should pay expensive debt, like credit cards charging 18 percent. After that, we should build a fund for emergencies, so we’d always have a cushion of three months’ living expenses. John made the point that you often can’t control your income, so it’s important to control your “outgo” — to live below your means, so you have some wiggle room. I scribbled furiously, copying it all down. At last I could control what was happening to my financial life.

Then my marriage fell apart. Not only was I not watching the money, I wasn’t keeping an eye on my husband. We divorced and I was left with three children to put through university. I decided to begin spring cleaning. My first move was to fire my planner.

I read all the financial books I could get my hands on. I learned that the person who is the most interested in your finances — you — should be the one managing them. Tired of poor advice, I decided to move the pension funds to a large, low cost U.S. mutual fund company called Vanguard, where my savings finally began to flourish.

As I continued to read and delve into my finances, I calculated my true cost of working. After deducting all the costs associated with my job — taxes, malpractice insurance, disability insurance, pension contributions, child care, house cleaning — I realized that my net profit was a measly $7.50 an hour. To keep afloat, I was working 110 hours a week, on call every other night after a full day’s work, and without time off to recover. I began to get severe migraines exacerbated by my chronic lack of sleep. My body was talking to me, but I wasn’t listening. As I watched my son take the pledge of allegiance to become an American citizen, I realized my heart was still in Canada and that I was free to return.

Soon after, I moved to Toronto and started work at a downtown hospital. Since I now had to separate my funds from the pension I had set up in the U.S., I decided it was time to get some personalized advice. I picked an investment management company that offered fee-only advisers. These advisers — unlike the Paula’s and Jeff’s of the world — are paid by the task or by the hour, rather than on a commission basis, so they have no reason to pressure you into buying investments. My total fee for retirement advice, financial projections and a personalized portfolio was $1,000, and it was money well spent.

The portfolio my fee-only adviser designed for me included a core of three index funds, one in domestic stocks, one in international stocks and a third in bonds. Index funds don’t use high-priced managers, so they have low fees and do better than actively managed funds about 80 percent of the time. I also have some funds that invest in narrow segments of the market such as precious metals and health care. I’ve learned how to rebalance the mix annually, so the proportions don’t get out of line. I’ve also learned to stick with my investments for the long haul, riding out the dips in the market. I keep five years’ worth of living expenses sitting in a money market fund.

As my savings grew, I began searching for a good place to retire. I found a great deal on a lovely bungalow in a scenic village on the St. Lawrence. At age 62, I made the plunge. I moved to the bungalow and I’m now fully retired. I feel like a kid on a permanent summer vacation.

The lesson I learned is that managing your own money isn’t some obscure and difficult process, and we shouldn’t be afraid to attempt it. The key is to keep it simple and pay for good advice when we need it — but on a fee-only basis. From being a sitting duck I’ve become moderately savvy and I’m proud of how far I’ve come. That money management course paid off in spades. It was the best $25 I ever spent.

This excerpt was taken from Chatelaine‘s new Money Guide. Enter our giveaway to get your copy now!