Social psychologist Amy Cuddy explains how to channel fearlessness — even when you aren't feeling fierce. 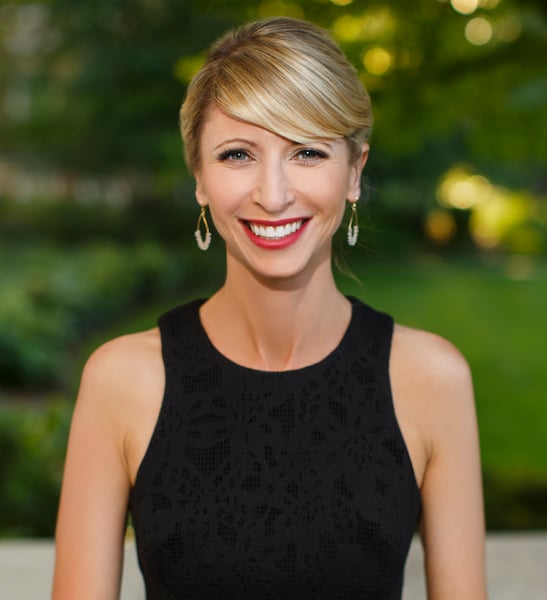 Many modern self-help tomes would have us believe we can simply think our way happy. Not so, says Harvard social psychologist (and TED Talks star) Amy Cuddy, whose new book, Presence, suggests it’s our bodies that hold the key to true confidence.

We tend to think that our brains are our bodies’ uncontested captains. You argue that the relationship is not so top-down.

Humans assume their brains are driving everything, but there is overwhelming evidence that the effects are just as powerful, if not more so, in the opposite direction. It’s not limited to our posture — it’s facial expressions, hormones, our digestive systems. If you’re riddled with self-doubt and then you tell yourself, “I’m actually confident,” all you hear is another lie. Allow your body to tell you that you’re stronger than you think you are.

So how can I pull off a power pose without looking insane?

[Use] the most expansive open posture: Your limbs are outstretched, your feet are apart, your chin is up, your chest is out, your shoulders are back. That’s the Wonder Woman pose. I recommend doing it in a bathroom stall before going into a stressful situation.

But that’s not how women usually take up space, is it?

By four years old, kids start to associate powerful poses with boys and powerless ones with girls. But when you watch kids, it’s not until middle school that they start to diverge: The boys spread out and the girls really collapse. People say, “Oh, they’re covering their chests.” There’s a lot more to it than that. It’s also the age at which they learn the stereotypes about what’s attractive to the opposite sex.

How do we get around that?

One thing that makes me hopeful is that now when we see successful, high-profile women, they’re standing in powerful postures — even in magazines! The more kids see images like that, the better it’s going to be.

The Zen notion of “presence” is defined as “be here now.” How are you using the word?

As a psychologist, I have to say that there are no humans who can be present all the time. None exists. Anywhere. [Presence] is a state, as opposed to being a trait. It’s being attuned to our true thoughts, emotions, values and potential. It gives us a sense that no matter what happens, I’ll be okay. I still am who I am. 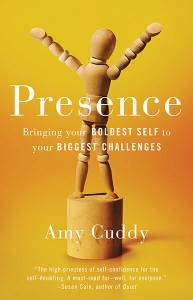 Related:
Twitter’s Kirstine Stewart answers our career conundrums
7 tips to help you own the room
Want to get ahead? Hone your emotional intelligence