Some sobering news from a new TD Canada Trust survey — 30 percent of Canadians say they don’t have enough money to cover their living expenses (as in basics like rent and food). 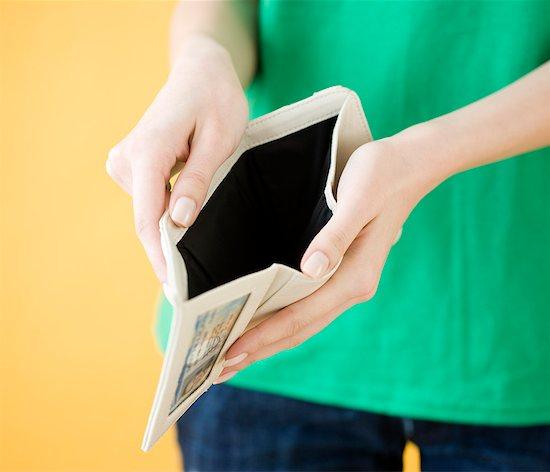 Some sobering news from a new TD Canada Trust survey — 30 percent of Canadians say they don’t have enough money to cover their living expenses (as in basics like rent and food). That’s an astounding number — nearly a third us don’t have enough to pay our bills.

Which is probably why the same survey also says 54 percent of us are struggling to save and 38 percent of Canadians don’t have any savings at all. And a further 21 percent are only making the minimum payment on their credit cards, thereby digging themselves into even more debt through interest charges.

There is one big warning calling out from the survey — and that’s around the number of people relying on credit either to make ends meet or shop for things they can’t afford. As more and more people (21 percent) carry a balance on their credit cards, it’s going to become harder for them to get ahead financially. In fact, 39 percent are so saddled with debt payments that there’s not enough money left to save — and worse, 12 percent say they still shop beyond their means.

The entire survey is worth a read — these are definitely among the gloomiest figures about Canadians and their money that I’ve read in recent years.

And for anyone out there who’s tempted to carry a balance on their credit card when they’re having trouble making ends meet, it’s worth checking out this debt calculator from Credit Canada. If you’re carrying a balance on your card and making only monthly payments, it’ll show you exactly how much it’s costing you to carry the debt. For example, if you pay only your minimum payments on a $1,500 credit-card balance, it will take you 300 months to pay it off and you’ll end up paying over $4,400 in interest (based on a 19.5-percent interest rate). It’s worth playing around with the numbers to see what happens.

Here’s hoping these number improve soon — but with more and more of us sinking deeper into debt and inflation all around us, I think we could be seeing a longer-term trend here.