Do you turn down the A/C in your car to save on fuel? Do you think renting means you're throwing money away? Don't fall for these money myths — follow these tips to save and enjoy life a bit more. 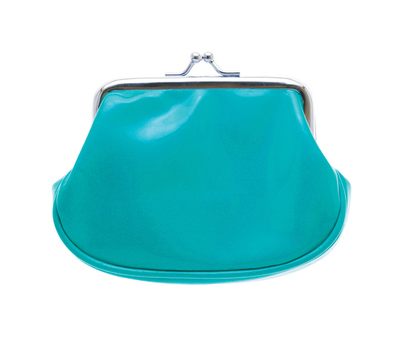 Myth 1: Running the A/C in your car uses more gas

Once upon a time, I experienced a long and very hot July drive with a frugal boyfriend who insisted that A/C would drain the gas tank faster. We broke up soon after. Turns out the ex had fallen for a major money-saving myth. According to Consumer Reports, using A/C in the car doesn’t put more load on the engine and it only slightly decreases fuel economy. So go ahead and blast the A/C next summer — you’ll be a better driver because you’ll be more alert and comfortable.

Okay, having lots of money is a good thing, but keeping it sitting in a bank savings account can be a bad idea these days. With interest rates at all-time lows, your savings account isn’t paying enough to keep up with inflation; year after year, your savings will be worth less and less! Try and find a higher-interest bank account or think about investing it in a balanced portfolio of stocks and bonds.

Myth 3: Putting your money in the stock market is like gambling

Sure, there’s risk in the stock market, but if you’re saving all your money in a bank account then, as mentioned above, you’re not making enough to keep up with basic inflation — and that’s a risky and dangerous place to be. Depending on what your savings goals are (i.e. retirement, education), you should have at least a portion of your money in stocks or other investments that will grow over time.

Myth 4: The more money you earn, the richer you’ll be

Sure it would be great to make more money. But will it automatically make you richer? Not so much. The problem is that as people earn more money, they tend to find a whole lot of new ways to spend it, from upgrading to a fancy car, house and clothes to splashing out on things like cottages and jet skis. With a host of new expenses, that raise can leave you feeling poorer than ever. Crazy, isn’t it?

Myth 5: If you rent, you’re throwing money away

Owning a home instead of renting doesn’t necessarily mean you’re saving money. You still have to pay for upkeep, taxes and other costs. And if you have a mortgage, those interest payments are a huge expense. For example, if you have a $250,000 mortgage at 5 percent, then you’ll end up paying over $145,000 in interest over the course of a 20-year amortization. That’s a lot of money to be “throwing away” on debt payments.

Myth 6: You get what you pay for

There are some items out there you just should not pay more for. Brand name over-the-counter medication is one, and another is packaged food. Just because it comes in a fancy box doesn’t mean it’s better quality.  Remember: Expensive doesn’t always mean better.

Myth 7: Expensive gas is better for your car

It’s a common belief: Buying premium gas will save you money because it will help your car run better for longer. Not so, according to Consumer Reports. Most cars run fine on regular-grade fuel and the high-priced petrol won’t improve performance (unless of course you have a car that really needs the premium stuff — if that’s the case then you’re stuck).

Myth 8: Turning off the TV will save money in electricity

Not true. Even when stuff like DVD players are turned off, they’re still using power on standby. Over a year that could cost you over $100 according to Nova Scotia Power. Instead, use a power bar and turn them off completely when they’re not being used.

Myth 9: You shouldn’t have a credit card because it’ll get you into debt

For some people, credit cards can be weapons of mass financial destruction. At the same time, they’re pretty much necessary these days. First, they help you develop a credit rating, which is essential if you want to get a loan like a mortgage some day. Second, there are a lot of things you can’t buy without a credit card. Ever tried booking a flight with debit? Not possible. Finally, some credit cards also offer rewards you can use to save money on other things, such as travel. When properly used and paid off in full every month, a credit card is your friend.

Myth 10: It’s better to leave the computer on

Think turning your computer on and off uses too much electricity? Not true according to Nova Scotia Power. Remember: Anything plugged in on standby sucks up electricity and your money over time. Do yourself a favour and always turn off the computer when not in use.