The Royal Wedding hasn’t even taken place yet, but for some the honeymoon is already over. 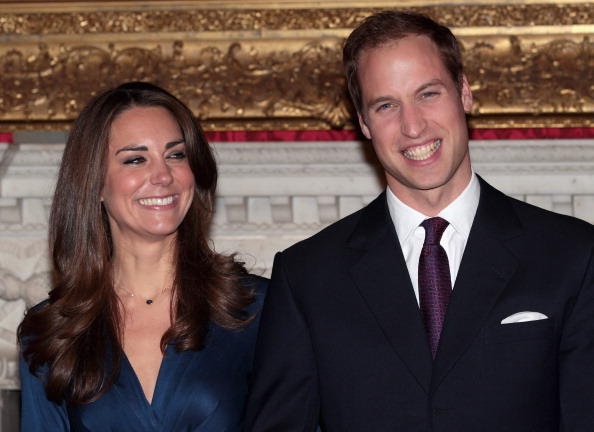 The Royal Wedding hasn’t taken place yet, but for some the honeymoon is already over. Last week, Christopher Hitchens expressed the desire to give bride-to-be Kate Middleton this advice:

“If you really love him, honey, get him out of there, and yourself, too. Many of us don’t want or need another sacrificial lamb to water the dried bones and veins of a desiccated system. Do yourself a favor and save what you can: Leave the throne to the awful next incumbent that the hereditary principle has mandated for it.”

For Hitchens the wisest thing Kate could do is run. Run from her in-laws and the stultifying life of a powerless, unemployed royal ditherer that awaits her as Princess. (Hitchens really should contribute to wedding-related editorial more often. The man knows just how to soothe a bride’s jitters before the big day!)

Now it’s Elton John’s turn to offer advice. And while the singer isn’t nearly as eloquent, intelligent or provocative as Hitchens with his opinions, he did manage to say one or two things that indicate he’s not exactly envious of the royal duo. John mostly appeared guardedly optimistic about the ongoing happiness of the pair, especially given the notoriously invasive and insensitive British press. (If you’re wondering what he means about the British press, I invite you to visit The Daily Mail. I indulge in its vitriol at least five times a day.)

John went on to say that while he understands the excessive media attention surrounding the nuptials—(Can he explain it to me?)—he hopes everyone will be more sympathetic to the pressures the royal couple will face after their marriage.

“I hope everyone celebrates for them, whether they agree with the monarchy or not,” said John. “It’s about two people falling in love and getting into a situation, for her especially, where it’s going to be the most difficult life. I mean, let’s face it, we know what that kind of marriage entails, and the press never leave you alone, the courtiers … I admire her for going through with it.”

Elton John makes marrying into the Windsor family sound about as appealing as marrying into the Sheen family or becoming a Kardashian for a day. It seems there’s really no such thing as being a princess anymore. The illusion is dead and everyone— even the royal family— has to settle for the horrors of celebrity instead. Obscurity never looked so good.

The singer’s somewhat gloomy perspective on the royal future leads me to wonder whether or not Christopher Hitchens hasn’t offered the most sound pre-wedding advice after all.