Howard stars in one of this summer’s most talked about films, The Help. Find out how the daughter of Ron Howard, who has baby number two on the way, would spend her perfect Saturday 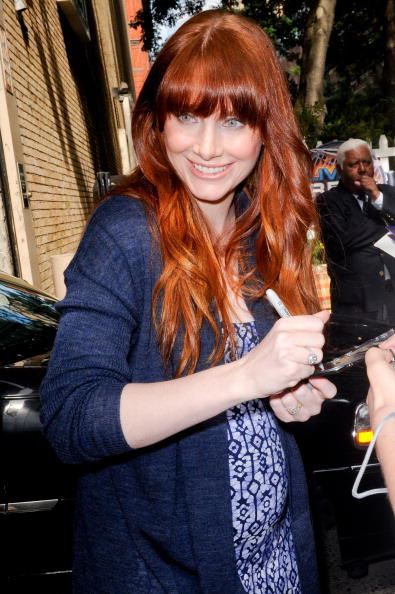 Bryce Dallas Howard, daughter of Oscar-winning director Ron Howard, continues her streak of villainous roles from Victoria in The Twilight Saga: Eclipse to Hilly Holbrook in this summer’s hit film, The Help. This fall, she’ll also prove a foil to Seth Rogen’s character in 50/50, the story of a 27-year-old (Joseph Gordon-Levitt) struggling with his cancer diagnosis. With baby number two well on the way, Howard sat down with Chatelaine.com to let us in on how she would spend her perfect Saturday.

Normally, I would say my perfect Saturday would be an incredible day with just my husband and [staying] local to our house in Santa Monica. But recently, my parents came into town and they took our son Theo for the weekend. My husband and I woke up that Saturday morning and, knowing my parents were going to take our son to soccer practice, we had planned on going for brunch at a delicious place pretty close by to where we live called Gjelina. I order their amazing lemon ricotta pancakes. But, on our way out the door, we reconsidered and thought, “No, let’s take Theo to soccer instead!” So we took him to soccer and then ended up going for brunch with Theo and my parents afterwards, which was really fun. After we were finished eating, my parents took Theo home to put him down for nap time, so my husband and I went and saw a matinee. We saw Midnight in Paris and loved it! It’s one of my favourites of the Woody Allen movies. It’s such a dear film.

After the movie, we were going to make it a double feature and then have dinner, but I thought to myself, “We have to go see Theo again!” So we went home to my parents. I was missing him so much!

During the evening, my husband and I really enjoy watching different shows. So, after we put Theo to bed, we’ll watch one of the shows that we’ve been obsessed with. We just finished all of Mad Men and Game of Thrones, which is brilliant. I’m rooting for both sides! When are the vampires and night walkers, or whatever they’re called, going to emerge? We just kind of go through different series together. It’s been hard because he’s been working in Vancouver so I suggested “maybe we can do something where you’re on Skype and we watch a show together on Skype!—because we really do love that time together, it’s really fun.

So I guess I would normally have thought that my ideal Saturday would have been some romantic “staycation” with my husband but, the truth is, the routine we have is pretty amazing. Maybe with a little bit of support from the grandparents, I can run away during nap time and watch a movie with my husband!