Spat on, threatened or ignored—women in tech have had a very bad year. Lauren McKeon asks what it takes to transform a sexist culture 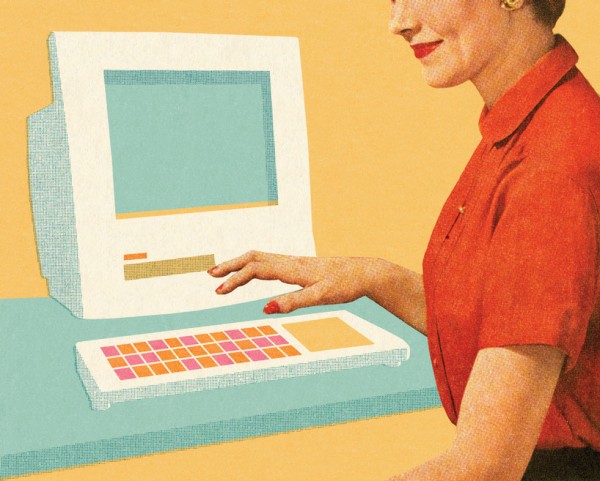 As a kid growing up in Nanaimo, B.C., Brenda Bailey Gershkovitch spent all her babysitting money at the arcade. Together with a crowd of boys and girls, she played Centipede, Astroids and Pac-​Man. Now, Bailey Gershkovitch, 47, is the co-​founder and CEO of Vancouver-​based Silicon Sisters Interactive, a studio that designs video games specifically for girls and women. Its first game, School 26, which stars a teen named Kate who negotiates the moral dilemmas of high school, is a worldwide bestseller, with more than one million downloads in 36 countries. Bailey Gershkovitch remembers the ’80s as an important time in tech history—before games were aggressively macho, before the industry decided that girls don’t like them and started designing them only for boys. “Girls have always loved technology,” she says. “We just got shut out.”

The stats back up Bailey Gershkovitch’s statement. Across Canadian universities, only 27 percent of math, computer science and information science grads are women, and jobs at the top tech firms are overwhelmingly taken by men: according to Deloitte’s Technology Fast 50 rankings, only two Canadian tech companies on their list have female CEOs, only six have female founders or co-founders and only eight have more than one woman in leadership or management positions. Moreover, females make up only 30 percent of Twitter’s and Google’s staff and 31 percent of Facebook’s. As a result, horror stories of nerd-​bro, frat-​pack culture and deep-​running sexism abound.

This past June, Whitney Wolfe, then a 24-​year-​old Tinder vice-president, filed a discrimination, sexual harassment and defamation suit against the dating app company. Her case was rife with allegations of sexual harassment on the part of Tinder chief marketing officer Justin Mateen, whom Wolfe dated briefly. (Lowlights include being spat on at a work party.) She alleges the company stripped her of her co-​founder title, claiming that having a female co-​founder devalued Tinder; the suit has since been dropped without admission of wrongdoing.

In August, an Internet army of male gamers on Reddit, 4chan and various other online communities rallied against independent game developer Zoe Quinn for allegedly cheating on her boyfriend, a blogger and gamer who posted a chronicle of their relationship on a website he created for the purpose of bashing her. They accused Quinn of sleeping her way to good reviews and, ironically, setting back the cause of women in gaming. The incident incited an online war between gamers and the gaming media, which has since been dubbed GamerGate. The virtual conflict reached fever pitch after the Toronto-​born media and game critic Anita Sarkeesian posted YouTube commentary highlighting demeaning images of women in games. In October, Sarkeesian was targeted with death threats, including one from a man who vowed to carry out a mass shooting at Utah State University, where she was scheduled to give a talk.

Meanwhile, another controversy broke, centred on Microsoft’s CEO, Satya Nadella, who told a predominately female audience at the Grace Hopper Celebration of Women in Computing conference in Phoenix not to ask for raises. Instead, he encouraged them to, as he tactlessly put it, have “faith that the system will actually give you the right raises.” Women could be forgiven for having little faith in the tech system. That’s why many are working to change it.

Kirstine Stewart, 46, Twitter’s vice-​president of media for North America, is set to release a book about female leadership called Our Turn: Time for a New Kind of Leader, which will be published by Random House Canada in fall 2015. The book is a sort of Canadian follow-​up to Sheryl Sandberg’s Lean In. In it, Stewart argues that millennial companies must embrace a new type of leadership based on multi­tasking, good listening, flexibility and stellar communication—all skills typically held by women. Whereas once, we were expected to act like men—to wear pantsuits, to refrain from showing emotion, to act tough—now we’re free to communicate and lead in a style that’s more natural to us, she argues.

Stewart tells me the tech industry may actually be the best place for women as the corporate world shifts to this more social model. “For one, it’s probably the most pioneering field out there,” she says. “It has to be adaptive, reflective and fast.” That means the gender imbalance could change quickly. Plus, the traditional male “suits,” adds Stewart, have never really been in power in the tech industry—a woman in heels can thrive just as well as a nerd in a hoodie. But can that same woman thrive in a sea of hoodied nerds? When I push her on the perception of a new boys’ club in tech, she acknowledges it’s a problem. “I get those challenges, but I don’t think you can change that culture unless there are more of us. We need to make sure there are more of us,” she says, outlining a chicken-egg situation. She urges women to enter the field and mentor young female upstarts.