Buzzy fall books for every mood

In the mood for armchair travel or do you feel like being scared out of your wits? We won't waste your time: Just tell us what mood you're in and we'll tell you what to read this autumn. 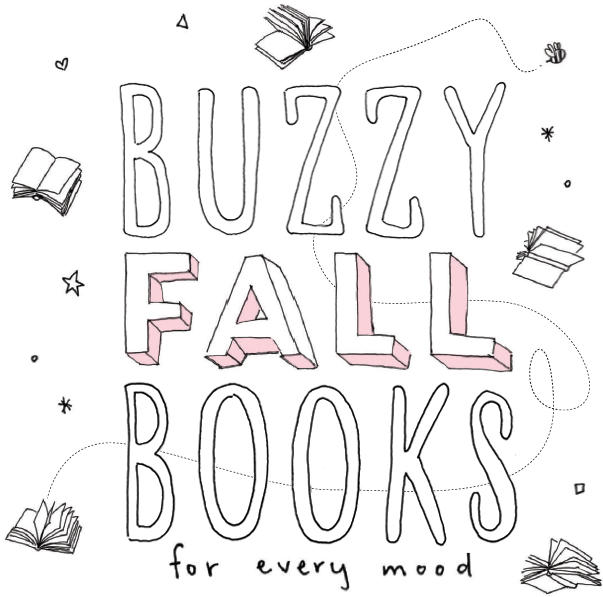 Maybe you feel like a juicy family drama. Maybe you want to be whisked off to Europe. Maybe you just need to know what all the Franzen fuss is about. We get that you have strong tastes and limited time, so tell us what you’re up for, and we’ll tell you what to read next.

The need for speed

When it comes to describing their formidable drive and sheer kinetic genius, top athletes rarely have anything useful to say: They took it one game at a time; they gave it 110 percent. Six-time Olympic medallist Clara Hughes has long been an exception, and in her memoir, Open Heart, Open Mind ($32), she writes just as thoughtfully about her ambition to succeed in both cycling and speed skating as she does about her struggles with depression.

Two-time Governor General’s Award winner Nino Ricci is a safe bet for the short list with Sleep ($30), his new fever dream of a novel about a successful academic plagued by insomnia and turned volatile by stimulants (so maybe not the best person to comeinto sudden possession of a loaded gun).

Eight years after every single person you know read The Book of Negroes, Lawrence Hill returns with The Illegal ($35). Based on the lives of undocumented refugees, it follows a runner into the political underground, where the cost of capture is not just deportation but death.

In The Heart Goes Last ($34), her first stand-alone novel since a little book called The Blind Assassin, Margaret Atwood conjures a world where citizens alternate between voluntary prison service and a comfortable home. Hear more from Atwood on free will and the future of sex.

Every marriage contains multitudes, but Lotto and Mathilde’s marriage is positively Greek in its tragic scope, with their initial infatuation and scorching-hot sex giving way to rage, betrayal and an all-consuming thirst for revenge. Told from both perspectives, Lauren Groff ’s Fates and Furies ($34) will make you enormously grateful for your run-of-the-mill domestic squabbles.

Three grown sisters, one brother and a smattering of their children meet for an annual holiday at the family country home. On the surface, it’s all bourgeois British manners, but as Tessa Hadley’s The Past ($32) unfolds, long-standing sibling resentment and jealousy start to take hold.

More family drama: Camilla Gibb on heartbreak, hope and the family we choose

To Naples
Ferrante wraps up her masterful examination of female friendship — with all its intimacy, dependence, competitiveness and frustrations — in this fourth Neapolitan novel.
The Story of the Lost Child, Elena Ferrante, $22.

To Mexico City
Gustavo “Highway” Sánchez Sánchez has a lot going for him: He’s a dynamite auctioneer, he can stand an egg upright and he’s replaced his chompers with Marilyn Monroe’s teeth.
The Story of My Teeth, Valeria Luiselli, $24.

To Southern Nigeria
In 1968, during Nigeria’s civil war, young Ijeoma falls helplessly in love with another girl — a perilous situation in a country where being gay is punishable by death.
Under the Udala Trees, Chinelo Okparanta, $32.

To Stockholm
Lisbeth Salander and Mikael Blomkvist battle threats and unsavoury men in this follow-up to Stieg Larsson’s preposterously popular Millennium series.
The Girl in the Spider’s Web, David Lagercrantz, $34.

To Prague
A college student devastated by loss takes a semester off in Prague, where he runs smack into scandal, calamity and a once-in-a-century flood.
The Hundred Year Flood, Matthew Salesses, $20.

To World War I-era Britain
The knot of childhood friendship untangles as nine young men and women scatter across England, France and Afghanistan after war erupts. The Dust That Falls From Dreams, Louis de Bernières, $34.

To an Alaskan cruise ship
Harriet should find quiet among the icy glaciers, but instead, her cruise is crowded with her estranged daughter and her late husband’s ghost. This is your Life, Harriet Chance!, Jonathan Evison, $22.

In 2011, The Sisters Brothers, a wildly entertaining western by B.C. native Patrick deWitt, was up for pretty much every prize imaginable. The author’s latest, Undermajordomo Minor ($32), shadows penniless young Lucien (Lucy) Minor as he finds labour and love in a very odd (and blackly comic) castle. And that’s not the only way deWitt’s gleefully cribbing from Charles Dickens — the names in this novel are pretty great too. Here’s a ranked selection: 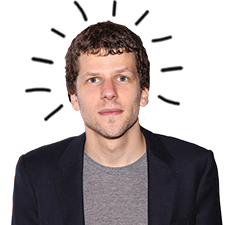 The Oscar nominee’s short stories are rarely what they first seem to be: a schoolyard bully proves he’s done some serious research, while a list of restaurant reviews from a precocious nine-year-old transforms into a wrenching meditation on his parents’ divorce. 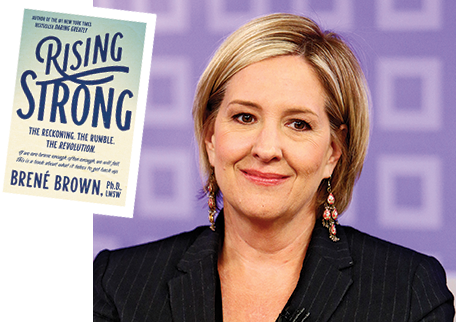 Rising Strong is the third book in what I’ll call your “vulnerability trilogy” — the first dealt with accepting your imperfections, the second with “going for it.” In this instalment, how do you persuade people to take emotional risks despite certain failure?
It’s hard to inspire people to do that unless you say something really, really basic, which is this: What’s the alternative? It’s to never try anything, to live a life of fear and scarcity and then get to the end and wonder, “What if I had shown up?” That, to me, is a far greater risk.

Why is emotional risk so paralyzing for us?
Jumping out of a plane or eating a jalapeño is not that brave. It doesn’t require coming face to face with our biggest fears, like not being lovable or worthy of connection. Writer Miriam Greenspan talks about how we gravitate toward “emotional pornography”—we’re so emotionally phobic that the only way to grab us these days is with these over-the-top reality-TV skydiving things. But we’ve become numb to real courage.

I hesitate to boil this down to gender, but people often regard emotions as the domain of women and, in trying to dismiss those emotions, say we’re hysterical or crazy.
We pathologize women who we think are too emotional, and we beat the vulnerability out of men and boys. And the really hard thing is that these men and women are desperately trying to have more intimacy and connection in their lives. I have to say, men buy [my last book] Daring Greatly as much as women, if not more.

Many people think that vulnerability is weeping openly at your daughter’s dance recital, but that’s not it, is it?
In 13 years [of research], I cannot find one example of courage that is not totally defined by vulnerability. We’ve asked thousands of people what vulnerability is, and they gave us examples like “Sitting with my wife who has stage 4 breast cancer and trying to make plans for our kids,” or “The first date after my divorce,” or “Starting a new business.” It’s the willingness to show up and be seen, to risk uncertainty and emotional exposure when there is no guarantee of outcome. Everything we want more of in our lives—love, belonging, joy, creativity, trust—is born of vulnerability. – by Katie Underwood

Up for an awesome new hero 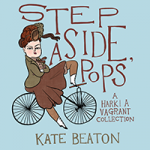 1. The first Chinese-American woman with a commercial flying licence, Cheung “was the pride of her community. There is a lot of joy and fierceness in her story, whereas you’d suspect, being a woman and a minority, that there might be adversity.”

3. “After World War I, there was a surplus of aircraft, so regular people had access to them. It wasn’t established that flying was something women didn’t do, like almost everything else in society. So, by god, they went for it.”

4. “On top of that, airplanes were new and cool, and there’s something you can sell about a woman flying, like it’s a hot ticket in your air-stunt show.

5. “The whole aviator outfit is a blast to draw.”

The Time Traveler’s Wife author Audrey Niffenegger is no stranger to haunted protagonists, but for this anthology, she’s summoned the spooky pros. Classic ghost stories from Edith Wharton and M.R. James sit alongside more contemporary tales from A.S. Byatt and Kelly Link.

Related: Five horror books that will keep you up at night

Jonathan Franzen is back with Purity ($35), a novel about overbearing mothers, absent fathers, reluctant spies, radical politics and stolen nukes. (There’s a lot going on.) Because any new Franzen publication is a Very Big Deal, expect plenty of think pieces and cocktail chatter. But because every new Franzen publication is also a Very Big Book, you might not crack this one till Christmas. In the meantime, here’s a cheat sheet.