The Tale of Two Nazanins 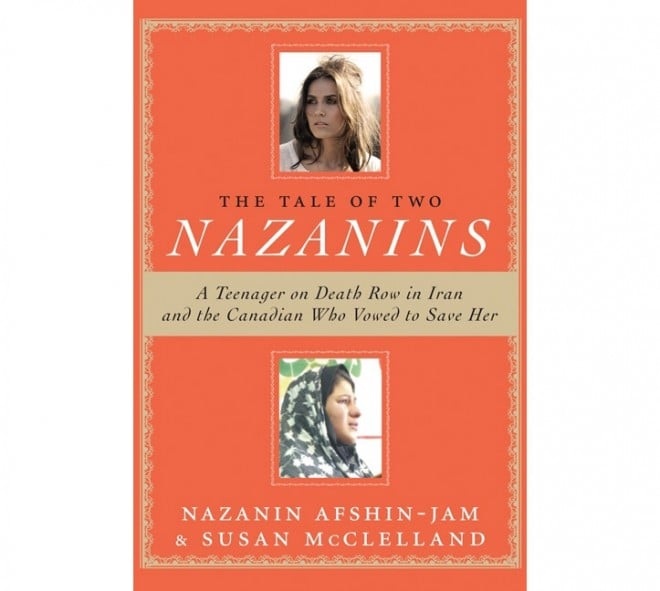 There’s no denying Nazanin Afshin-Jam is endearing. Perhaps best known now as MP Peter MacKay’s wife, in 2006, she was Miss World Canada. In 2006, the beauty queen (who took international relations and political science at UBC) found her life changed in the most unexpected way: She got an email marked “urgent” from someone who wanted her help defending another Nazanin – 17-year-old Nazinin Fatehi, an Iranian who was on death row after stabbing a man who was trying to rape her.

And Afshin-Jam did respond, her commitment snowballing as it went along. She started with a petition, amassing 350,000 signatures, which prompted a retrial with the promise of freedom – upon payment of $45,000, which the Afshin-Jam set about promptly raising. She then followed up with a book, The Tale of Two Nazanins, in which Afshin-Jam and co-author journalist Susan McClelland delve into two tales, combining Miss Canada’s own sometimes mundane background as the daughter of an Iranian-Canadian family and her good intentions with a look into Fatehi’s experiences in shockingly brutal poverty in Iran, where she was treated as a second-class citizen simply because she is a girl.

The book devotes too much time to Afshin-Jam’s unremarkable childhood and background. But her convictions on the issue shine through — she now runs a not-for-profit she founded called Stop Child Executions — and the compelling nature of the story as a whole makes up for problems with the structural balance of the book.

The Tale of Two Nazanins, Nazanin Afshin-Jam and Susan McClelland, $32.