The Land of Decoration is our next Book Club pick!

Grace McCleen's The Land of Decoration is Chatelaine's next Book Club pick. To kick things off, here's our review. 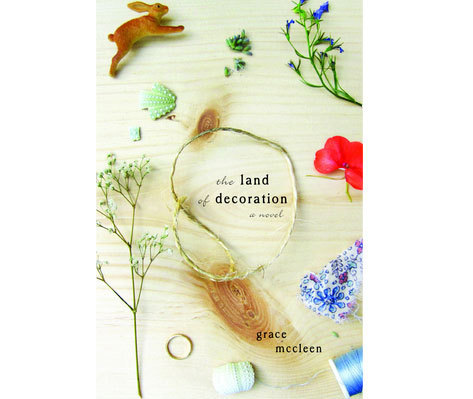 The hook: Ten-year-old Judith McPherson, brought up in a strict fundamentalist Christian household, is convinced the end of the world is on the way. She innocently thinks it’s her duty to tell everyone she knows — especially non-believers. But the more she tells, the less people listen.

The plot: In a small northern England town, Judith and her father live an uncompromising religious life, much to the consternation of their neighbours and a nasty school bully. Inside their home, though, Judith’s sense of wonder (and humour) is on full display: She’s fashioned bits of rubbish into a diorama that looks like the Land of Decoration described in the book of Ezekiel. And when a small wish Judith makes comes true, she joyfully believes herself truly capable of performing miracles. That belief and Judith’s imaginative, quirky personality make her a target for those who see her as a dangerous enemy to all they hold dear. Violence against the McPhersons escalates, threatening Judith’s tightly held belief system and making her doubt her mission. The novel’s inevitable but stunning conclusion showcases McCleen’s enviable talent for depicting unshakable faith so strong it draws in the most skeptical of readers.

The inspiration: McCleen says The Land of Decoration grew out of a book she began writing when she was 26 and suffering from repetitive strain injury: “The only thing I could do was write while in bed.” The manuscript itself proved to be unworkable, but a single passage — “In the beginning there was an empty room, a little bit of space, a little bit of light, a little bit of time” — ended up as the opening sentence of The Land of Decoration. McCleen says, “All the seams of the story were in that passage. I just had to unravel it.” That process took about a year. “I thought what I’d written was too idiosyncratic. But already some readers have really connected with the book.” That same unfinished novel also inspired McCleen’s second book, set for publication next year, and three additional works-in-progress.

Talking points: Faith and the power of belief and imagination, family relationships, bullying.

The Land of Decoration, Grace McCleen, $28.