Michael Crummey gives the backstory to his remarkable new book. 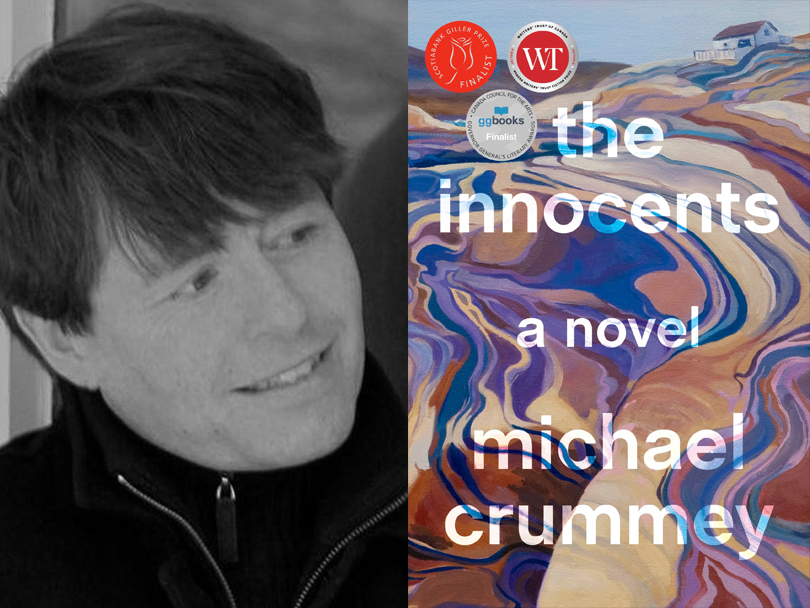 The Innocents by Michael Crummey—a tale of two teenaged siblings battling hunger and bear scares and the unforgiving cold of remote 1800s Newfoundland—was a finalist for the 2019 Giller, Governor General’s and Writers’ Trust awards. We called Crummey for the backstory to his remarkable book.

Where did this novel begin?

The seed of it is this little passage I found in the [Newfoundland] archives. An 18th-century clergyman happened upon an orphaned brother and sister living together in a very isolated cove. It was obvious to him that the sister was pregnant and the brother was the father. I knew there was a story there, but I really didn’t want anything to do with it. It seemed so fraught and complicated. But I was never able to escape those youngsters, and I guess I was thinking of them in light of my own memories of childhood.

In what it was like to move out of childhood into adolescence, and how appallingly confusing and lonely that was. There’s a Carol Shields quote where she says it’s a wonder children don’t throw themselves out of windows in confusion. And that absolutely rang true for me. I think in some ways the whole book is the youngsters, Ada and Evered, blindly fumbling their way forward in the dark. It’s a process of watching scales fall off their eyes.

How did you choose where to be explicit in this novel, and where to leave your writing a little more oblique?

It’s one of the things that kept me from writing this novel for a long time, and also something I knew I’d have to figure out. What I hit on was that I could not use any modern language for their bodies or the kind of intimacy they were taking part in. The language I found from the 18th century was useful, because it allowed me to be completely explicit but also offered a buffer—we’re far enough away from that language that we’re not forced to look at something we don’t want to see.

Where did that language come from?

The Dictionary of Newfoundland English, which I’ve used in every novel I’ve ever written.

One is nish, which means “delicate or fragile,” so I often use it to describe how I’m feeling, especially if I’ve had too much to drink the night before. The other is dunch, which means “numb.” My aunt Helen often says, if she’s been sit- ting in one position too long, that her arse is dunch. So that’s a regular feature in my daily speech.