The Enchanted book excerpt: "The lady hasn't lost it yet — the sound of freedom"

In Rene Denfeld's revelatory prison novel, both inmate and saviour alike try to find escape through the power of imagination and hope. 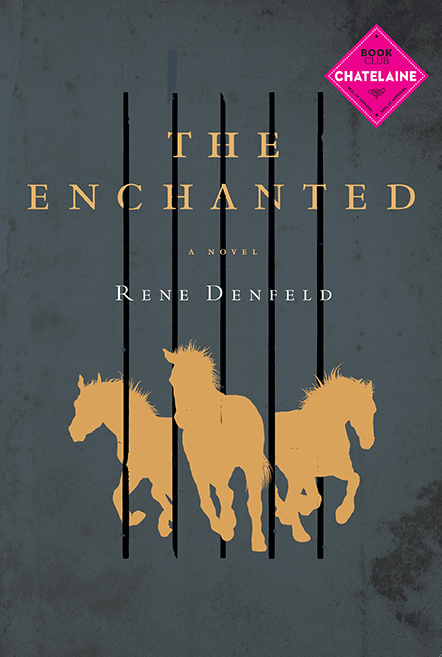 This is an enchanted place. Others don’t see it but I do.

I see every cinder block, every hallway and doorway.

I see the doorways that lead to the secret stairs and the stairs that take you into stone towers and the towers that take you to windows and the windows that open to wide, clean air. I see the chamber where the cloudy medical vines snake across the floor, empty and waiting for the warden’s finger to press the red buttons. I see the secret basement warrens where rusted cans hide the urns of the dead and the urns spill their ashes across the floor until the floods come off the river to wash the ashes outside to feed the soil under the grasses, which wave to the sky. I see the soft-tufted night birds as they drop from the heavens. I see the golden horses as they run deep under the earth, heat flowing like molten metal from their backs. I see where the small men hide with their tiny hammers, and how the flibber-gibbets dance while the oven slowly ticks.

The most wonderful enchanted things happen here – the most enchanted things you can imagine. I want to tell you while I still have time, before they close the black curtain and I take my final bow.

I hear them, the fallen priest and the lady. Their footsteps sound like the soft hush of rain over the stone floors. They have been talking, low and soft, their voices sliding like a river current that stops outside my cell. When I hear them talk, I think of rain and water and crystal-clear rivers, and when I hear them pause, it is like the cascade of water over falls.

They are so aware of each other, they don’t need to speak in complete sentences.

“Aren’t they all?” Again I hear the rain in her voice.

The lady hasn’t lost it yet – the sound of freedom. When she laughs, you can hear the wind in the trees and the splash of water hitting pavement. You can sense the gentle caress of rain on your face and how laughter sounds in the open air, all the things those of us in this dungeon can never feel.

The fallen priest can hear those things in her voice, too. That’s what makes him afraid of her. Where can that freedom lead? Nowhere good, his pounding heart says.

The lady is one of the few who call us by our names. She says her new client’s name. It drops like a gem from her mouth. She has no idea how precious it sounds.

“York.” The man in the cell next to mine.

The other men on the row say his mother named him for a slave who traveled with Lewis and Clark, or after his royal English father from some fabled city overseas – only in prison can you get away with a lie that big.

York knows the truth doesn’t matter in here. Inside, the lies you tell become the person you become. On the outside, sun and reality shrink people back to their actual size. In here, people grow into their shadows.

I press my face against the crumbling wall. The soft rocks absorb their voices, but I have learned how to listen. I pick their words off the moss and stone.

He is warning her that this case, above all others, will be tough.

“Ready and prepared,” I hear him say.

I can hear the pleading in her voice. How can he not hear it? But he doesn’t. He is too busy being scared of her.

For me, being taken to this dungeon was like landing in sanctuary. For the priest, it was worse than exile. He came here not long ago, with his face dejected and the fluorescent lights shining on his thinning hair, the wrinkles drying around his eyes.

This place freezes you. Then one day they thaw you out and take you to the back of Cellblock H, and you are dead.

“Catch you later,” he says.

I drop my head from the wall.

Get the full book review of The Enchanted by Rene Denfeld.