The Demonologist by Andrew Pyper 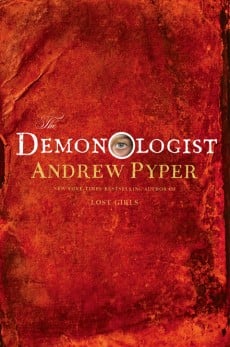 A professor is hired for a mysterious but highly lucrative task. His marriage in shambles, he accepts and, young daughter in tow, heads to Venice. There, he finds a horrifying scene in an ancient house. Hours later, his daughter inexplicably throws herself off the roof of their hotel. Certain she’s not dead, he sets off in search of her, convinced he’s being shadowed by the Devil. Proper creepy. But do yourself a favour: If you love having to leave the lights on at night, check out Pyper’s earlier books — they’re even scarier.